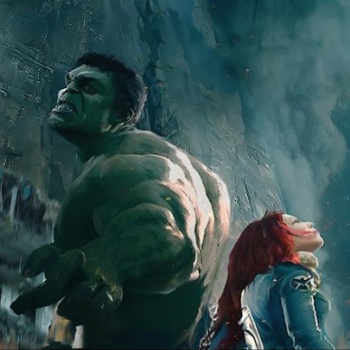 Only time will tell whether these educated guesses about upcoming movies are right or wrong.

One of the reasons I'm (mostly) ambivalent about "spoiler culture" is that, professionally and for fun, I follow the production of movies so closely that I often end up hearing details about various films so early in development that it hasn't even been decided that certain elements are spoilers. Imagine if every movie was based on a book, and you were one of those people who reads every book -- it's sort of like that.

You don't generally hear huge scoops in passing -- i.e. some development exec casually barking into his phone "...and at the end, it turns out he's been a ghost the whole time!" -- but if you follow the "right" sources on social media, know "certain" people personally and keep an ear tuned to the chatter of the industry you start to see things take shape. Basically, you're guesses get better.

With that in mind (and without much else newsworthy to report on as of this earlier-than-usual-because-Bob-is-traveling-to-ConBravo writing) here are 6 predictions about big upcoming future movie projects that I feel are varying degrees of plausible. Just so we're clear: None of this is based on me already something as a fact and treating it like a guess to be cute -- if I knew any of this to be fact, I'd just report it as news for crazy-big traffic boosts. :)

So, the predictions (in no particular order):

1. THE AVENGERS WILL DISBAND AT THE END OF AVENGERS: AGE OF ULTRON
If blockbuster movie trilogies have a rule (and while Avengers as a franchise has no intention of stopping after three films, it's widely expected that Part 3 will be the last-hurrah for the original team) it's this: Part 2 Has The Sad Ending. Han gets frozen. Gollum resolves to betray Frodo. Kirk dies. Jack Sparrow dies. If Avengers 3 is going to be the ultimate triumph, it'd be helped tremendously by starting off with the characters at their lowest.

So. A few weeks back, HitFix's Drew McWeeny drew some professional flack for (seemingly) giving up a major, major, MAJOR spoiler about the (possible) fate of one of the key Avengers. (Seriously, think twice before you click that.) The spoiler in question mostly drew attention because of how it mirrors a major recent comics storyline focused on one specific character but said storyline was significant in another way: As a precursor to Marvel's controversial 2006-2007 publisher-wide event Civil War, in which a tragic disaster led to a government crackdown on superhero activity and (nearly) all active heroes choosing to side with either Iron Man (pro-government registration of heroes) or Captain America (anti-registration). Whatever else Ultron's story involves, leaving The Avengers in a similar position (ideologically divided, one side now obligated to treat the other as fugitives or worse) would make the stakes for Part 3 that much more immediate.

Now, does that mean I'd imagine that Part 3 would be Avengers: Civil War? No -- but I could easily see a Civil War-esque situation being the "background" of the Phase 3 movies, i.e. "Why aren't The Avengers all hanging out together in Thor 3 or Captain America 3?" Well, half the team hates the other half now, for one thing. 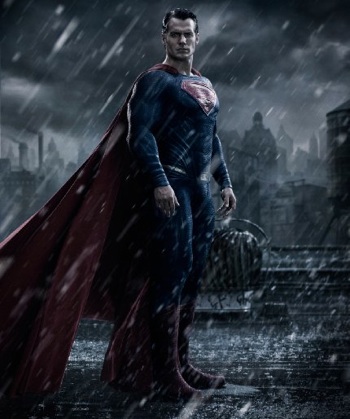 2. SUPERMAN WILL "DIE" IN BATMAN V. SUPERMAN: DAWN OF JUSTICE
There's a photo going around from the outdoors shooting of Batman v. Superman: Dawn of Justice that purports to show a group of people assembled in front of a green screen looking like they're supposed to be attendees at a funeral. Not hard to see the conclusion people are jumping to -- especially since it's also a plot-detail of a now-debunked phony script.

I think it's a pretty solid guess.

Here's the thing: While the idea of a "DC Movieverse" may only have taken shape recently, Warner Bros. has been developing projects like BvS and Justice League for well over a decade with many of the same "top" producers involved -- and they like to re-use ideas from almost-made projects (I wouldn't be surprised, for example, to see Batman and Lex Luthor both using Kryptonite power-armor like they were intended to in the unmade 90s "versus" movie). The one project Warner Bros "Superman department" has been keen to film for the longest time? Doomsday, aka The Death of Superman.

A possible scenario: Superman will seemingly be killed by some new threat (possibly the work of Lex Luthor, but maybe a first-strike by whoever the villain of League will be) at the climax; and the presence of this new threat that not even the Man of Steel could stop, will bring the other DC heroes (remember: along with Wonder Woman, Aquaman, Cyborg and maybe Nightwing are expected to make cameos) out of the woodwork and serve as their rationale to team up and form The Justice League. Superman will then be resurrected as part of the Justice League movie's plot, thus solving the "why do we need the others when we have Superman?" problem and answering why an actual Man of Steel 2 isn't slated until 2018.