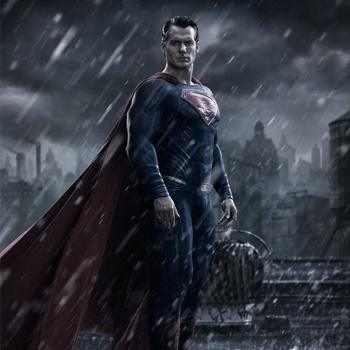 Movies (in the U.S., at least) are one of the only businesses where corporate rivals are often only trying to beat one another "just enough." While the trade-papers and fans of this or that actor/director/franchise/etc crow loudly when one film seems to "defeat" a designated opposite-number at the box-office, you'll usually only ever see the "winner" celebrate their earnings, not kicking the other guy when they're down. Don't believe me? Just watch this weekend unfold: The trades need a story, and they've got one in the question of whether or not everybody's new best friends The Guardians of the Galaxy or Michael Bay's newly-reimagined Teenage Mutant Ninja Turtles will come out on top... but whoever wins, it's doubtful you'll see them take any serious shots at the competition.

Don't mistake this for good sportsmanship, though -- it's stone-cold pragmatism in full effect: Hollywood, as a business, is incestuous to a level that George R.R. Martin would consider gratuitous, and every studio knows that they're all interlocked enough that a major box-office failure isn't good for anybody. They're called bombs for a reason: Their impact has a blast radius, and hurts everything in range to one degree or another. Sure, open your studio's big-budget action movie against a rival studio's big-budget action movie and you might get the satisfaction of getting say "We're number one!" for a week or two; but neither of you will make as much money splitting an audience as you would have opening uncontested... and if the other guy's movie bombs bad enough it might take the career-viability of a star, filmmaker, effect-house, etc that you might have needed to work with in the near future down with it.

So during the (now) brief period when Disney/Marvel's Captain America 3 (not the final title) and Warner Bros/DC's Batman v Superman: Dawn of Justice (unfortunately, the final title) were scheduled to open "against" one another on May 6, 2016 as the "summer kickoff" movie that year, it was never a real possibility that they'd be fighting for screen-space. There's too much money involved for even penny-pinching Marvel Studios to risk opening a sequel to half (or less) the box-office of its predecessor just to net a week or two of every entertainment news outlet running with CAPTAIN AMERICA DEFEATS BATMAN AND SUPERMAN! headlines with accompanying panels of said characters fighting from one of the crossover comics as though every single one of them thought of it first. Nor was Warner Bros. going to forego even the remote possibility of their first big superhero team-up equaling or surpassing the initial take of The Avengers.

One of them was always going to move.

When Marvel tapped Captain America 3 to fill what was previously an "Untitled" May 6 date, it was an act of celebration (and investment confidence) after the unexpectedly massive performance of The Winter Soldier: Their movie had done Summer-style business in a March slot, so now it gets a Summer-intro slot next time. That Batman v Superman had already "called" that spot back when it was just "Untitled" was noteworthy for the show-offishness on Marvel's part, but it was always a calculated risk: Box-office or not, the optics are that Batman and Superman are both "bigger" pop-culture fixtures than Captain America in most people's minds regardless of who they actually prefer. The news would break good for them no matter what -- if Warner Bros "blinked" and moved, they get the "DEFEATED! KA-POW!!!" headlines, but if they blinked it would've been received as obvious: "Of course Captain America cedes to the two biggest superheroes in history. Duh."