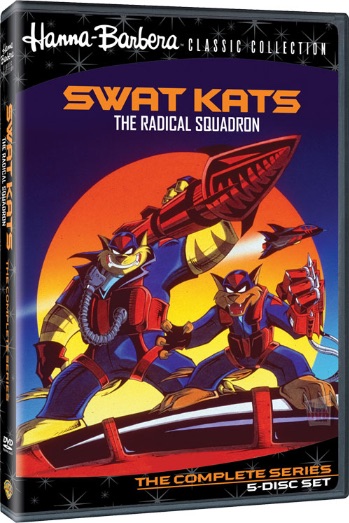 Skip the rush of Black Friday sales and track down these gifts for your favorite movie-lover instead.

Even among American pseudo-holidays, "Black Friday" is a strange bird. Even the name started out as a gallows-humor joke among retail employees about the mad rush of bargain hunters, was later adopted and positive-ized by retail companies ("Because our ledgers are all in the black, har har har!") and is "celebrated" like a self-imposed idol-worship of our own ability to spend.

Chances are, if you're reading this on this year's Black Friday, you've probably opted to skip the rush this year (or you're waiting for the so-called "Cyber Monday,") so this isn't going to be a rundown of big deals or timed bargains. Instead, here's some off-the-beaten-path gift ideas you may not have considered for the big movie fan on your Nice List.

POPCORN SEASONING
You can find these little bottles of flavored dusting in most supermarkets. Officially, the idea is that you bring one to the theater and use it to give a flavor kick to your popcorn so that it has some taste without drowning it in buttered-topping, but you can also use it for a variety of other cooking pinches. Some theaters actually sell mini-bottles of the stuff, but the prices (as expected) are often exorbitant. I'm partial to the chocolate and nacho-cheese varieties, myself.

THE WARNER ARCHIVE
Not every DVD or Blu-ray makes it to the store these days. Some are so obscure their studio rights-holders know it's best to only manufacture as many copies as people actually want to buy. That's where services like Warner Archive come in: A speciality brand of Warner Bros, the site features hundreds of movies and TV shows from the "vault" that may be too obscure to ship but may well include someone's underappreciated favorites (check out their "animation" tab, for example, to find series-sets of cult cartoons like Swat Kats or The Herculoids.)

SOUNDBARS
A good home-theater sound system doesn't need to fill a whole room, but not everyone knows that. A good soundbar can make a big difference in the life of a movie fan who prefers to do their viewing at home -- a difference they might not even know needs to be made. On those same lines: Any good home theater store should be able to set you up with a pair of high-end headphones, which can be a godsend for the film fan whose hobby isn't 100% in-sync with their partners/families/housemates 100% of the time.