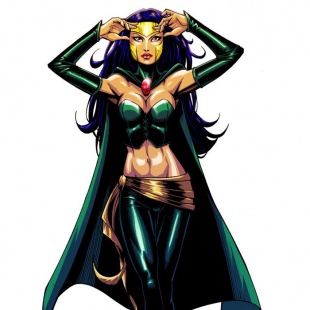 Not to be confused with a Marvel character with the same nickname, June Moone is possessed by an ancient magic-using entity called Enchantress that occasionally takes control of her in the fashion of a split-personality. Of note: If her origin and powers remain unchanged from the comics (unlikely) she will become the first magically-powered character in the DC Movieverse. A relatively obscure character, she's mainly known as a nemesis of Supergirl.