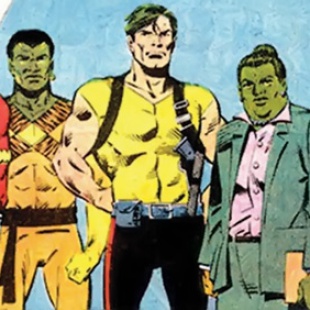 No, Hardy is not returning to his role as The Dark Knight Rises' Bane. Instead, he'll take up the role of a former soldier turned government agent who serves as field commander of the Squad even as he despises and distrust the villains he's tasked with keeping on-task. It has been implied that his memories of having served heroically in the U.S. military are actually false, the result of extensive brainwashing.