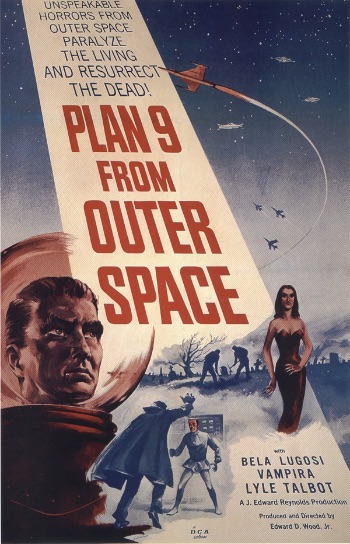 With increasingly rare exception, the majority of film criticism you may be reading to help plan your weekend viewing was written by a person for whom your hoped-for pleasure was part of their harried workday. Chances are they didn't have much choice as to where and when they saw it (unless it's Awards Season, in which case maybe they had the opportunity to watch it on a screener so plastered with anti-piracy watermarks as to make it unwatchable) and likely had to scramble for a Friday morning deadline or earlier.

And that's only assuming that the critic in question is fortunate enough to live in the center of a major metropolitan city. If not (and I don't mean "lives a state away from New York" - I'm talking "lives even one hour outside of Manhattan") they'll be fighting traffic and scrambling for trains like anyone else, except unlike regular movie audiences, "Oh well, we'll just wait an hour for the next show" isn't an option.

Is the popular concept of "The Press Screening" - critics (and only critics!) spaced-out comfortably in a theater set aside for them to work - true? Sure! ...providing you're in a major East or West Coast city. And it's a smaller movie. And it's finalized early enough. And it's November or early-December and the film is expected to be an Oscar and/or Indie Spirit contender.

Otherwise? Well, you know those free "Preview Screenings" you hear about given away as prizes on radio call-in shows? If it's a "big" movie, there's a good chance that's where "your" professional critic saw it: Sandwiched (if they're lucky!) into The Critic's Row, surrounded by an audience of people who had nothing else important to do on a weeknight, so you know it'll be a classy, well-behaved crowd. Oh, and that's often after being searched on the way in for cell-phones or laptops like you just showed up at an airport in an "ISIS 4EVA!" t-shirt, as though any critic is living comfortably enough to risk their job pirating a movie -- hell, as though any meaningful piracy comes from cameras in theaters anymore!

And a few days later, when the actual review runs, regardless of what The Critic says... someone will ask "Why are you people so negative all the time!?"

I recognize that a lot of that (maybe all of it) sounds like petty complaining. Maybe it is. I'm under no illusions that I don't have a great job that many people at least think they'd kill to have. I'm not laying bricks. I'm not building rockets. I'm not counseling the suicidal, sewing up knife wounds or raising a family in a frenetic economy. And while many folks privileged to work in The Arts (even at the journalist/critic level) like to think of themselves as "too good" for the world of beige cubicles and goldenrod spreadsheets, the truth is often that we're simply incapable of it -- our wiring doesn't work that way.

So no, I don't lay all that out to ask for pity or pump up my work as some Sisyphean ordeal -- I do it to illustrate a point.

The fact is, I'm a grown-ass man (a little too grown, at least according to my nutritionist...) and I can accept that job hassles are part of having a job in the first place. My concern -- my reason for bringing this up in a column in the first place -- is where stuff like this begins to affect the work a critic's readership relies on him or her for.

Because, let me tell you: If you read the above spiel and thought "Well, maybe the 'atmospheric' details are lacking because all the effort is being put toward the most important element: the presentation of the film itself!" Well... you couldn't be more depressingly wrong. In many ways, that's often the worst part of all. Granted, I can only speak from my own experience firsthand, but journalists talk to each other so I can say with some certainty that my experience as a working critic in Boston isn't at all far removed from the rest of the business in these respects. But if you'd like to take me with a grain of salt? Be my guest.

Press/preview screenings of new films are often projected from a DVD or other smaller-file source, digitally. And while I'm not 100% onboard the Snob Train that demands film prints and only film prints; I know enough to know that if I'm seeing a Windows desktop projected onto the big screen before a feature I'm probably not seeing it in the best quality. I may not be the world's greatest expert on aspect ratios, but I know most major Hollywood productions don't "miss" visible boom-mics in the shot. I don't carry a light-meter with me, but I know when the projector bulb has been dimmed to extend its lifespan (which, incidentally, doesn't even work).