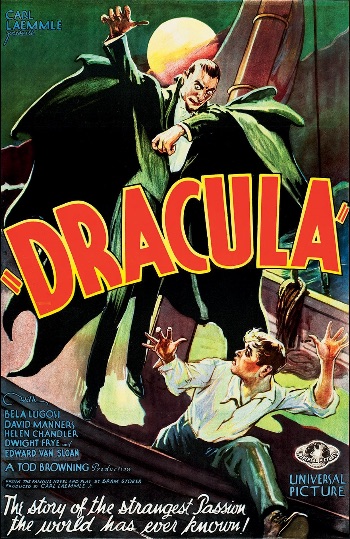 Along with the story that opened this piece, I have regularly seen films played for critics with incorrectly-timed sound, incorrect light-levels and jittery digital-artifacting more befitting a low-resolution YouTube clip than a feature film. House lights coming up during the feature? Common. Bad contrast? Expected. And while I've personally never seen the "buffering" symbol pop up in a theater, I've heard tell of it more than once from more than one source.

And it's not just a matter of bad source-material: With most multiplexes leaving more and more projection duties to a single projectionist (if that!) and whichever ushers aren't currently serving or sweeping-up popcorn, serious flaws like 3D lenses being left attached for 2D movies (resulting in dramatic loss of color and contrast) or mis-framed images rendering certain films largely unwatchable are practically the new normal. And if it's like that for critics and preview audiences, whom theaters, studios and publicists are supposedly trying to impress... how much care do you imagine the general audience is getting?

To use only one recent example: At a recent screening (for critics only, no less!) of a major Awards Season contender at that same aforementioned Not Exclusive Boston multiplex, the image turned out to have been incorrectly-framed so sloppily that a pivotal scene was utterly ruined: It featured two characters speaking Spanish, and the poor framing caused the English subtitles to be chopped-off by the bottom of the screen.

Yes, it was only one scene and sure, we got the jist of it. But the film's "rhythm" -- the dramatic spell of its narrative -- was broken completely. We were yanked out of the story, spent several minutes afterward still snickering over it, and it's almost certain some of us (however unwittingly) may have had our opinions colored negatively by the experience. Can you "trust" my review of this? Should you? And if no, whose fault is that?

Today more than ever, presentation quality is of paramount concern to audiences deciding whether to see a movie in theaters or wait for Netflix. But for all the talk of whether entertainment critics can be trusted because of "bias" or being "out of touch," how often do you think to ask whether a critic saw the best possible version of the film in order to properly inform you? People are quick (and not without a sliver of justification, at times) to ask whether a critic's personal politics, or fandom, or hobbies, or even lifestyle factor too much into their enjoyment or disdain for this or that film -- but do we ever think to ask whether they were able to actually see the film properly to begin with?

But alright - I promised that this was about more than my professional-venting, and I meant it:

The fact is, this is one of those rare places where movie audiences and film critics should be on the same side. Critics are routinely being forced to render their opinions based on sub-par presentations of films largely because of errors and laziness that starts with theater management not caring what kind of presentation they deliver to their customers -- who, in turn, might not be getting the reviews they deserve as a roundabout result. If you watch movies in theaters, chances are you're paying a pretty high price to do it, so don't you deserve to see them looking and sounding their best?

And no, you don't have to be a film expert to register a complaint (politely! and with management, not an usher or snack-seller) with the theater if you feel you're getting an inferior product: Did the colors look washed-out? "I think the projector might've had the wrong lens, maybe?" Did the image look grainy or warped? "I don't think the movie was in the right aspect-ratio." Bad sound? "The speakers sounded weird." Was it too dark to see what was going on, and said darkness wasn't part of the story of the movie? "It looks/looked like the light in the projector was going out." If they hear that sort of complaint enough, they will at least check it out -- and most of these are comparatively simple fixes.

Popular culture often pits critics and audiences in opposition. Sometimes there's a reason for that, but here we should be working together -- whether for work or for fun, when you sit down to watch a movie you should actually get to watch the movie.