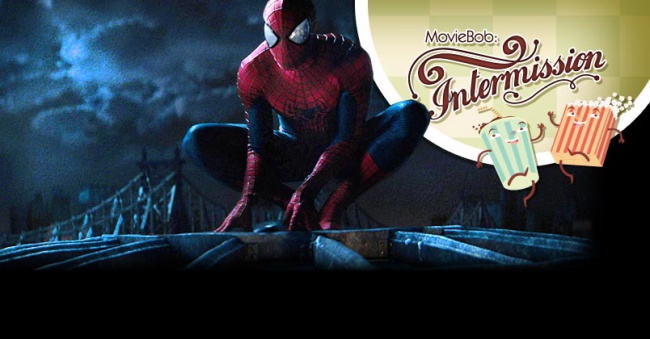 There's a lot of enthusiasm about the prospect of Spider-Man entering the Marvel Cinematic Universe... but is that the right reaction?

These days you can chart out the likely reactions among fandom and the movie press (by which I mean "older fandom," since the movie sites that move traffic today are the ones that employ the better ex-AICN and CHUD writers) to this or that superhero movie -- in the pre-release stages at least -- pretty accurately based on where it's coming from. Like so:

STUDIO: Warner Bros
REACTION: Tepid excitement, tempered by jokes about overly-dark tones and aesthetic and a desire to see DC movies more in line with their Marvel counterparts. Bonus points for renewed complaints about the ending of Man of Steel.

STUDIO: Sony
REACTION: Immediate disdain, followed by lamentations that the character/franchise in question hasn't reverted back to Marvel yet.

STUDIO: Fox
REACTION: Immediate snark, but not necessarily disdain, followed by similar lamentations about the rights not being under Marvel's control.
CAVEAT: Fans who grew up in the 1990s are likely to be more forgiving of the X-Men movies' "guys in dull black coats" design sensibilities.

STUDIO: Marvel
REACTION: Instantaneous, unmitigated fanboy/girl love. "The characters look like they do in the comics!" "They got the costumes right!" "I just saw [obscure supporting character]! That means they're doing [fan-favorite storyline]!" Did they end a relationship on bad terms with the original director? Are the actors being almost humiliatingly-underpaid? Who cares!? It's a Marvel movie -- they're always good-to-great, and they've got continuity so you can't just skip one!

The truism you have to accept to be part of modern fandom is that there's almost no such thing as an underdog anymore. The Internet has turned everything into a niche and every niche into a profit-center, and there's barely anything that one can be a serious fan of anymore that doesn't also make one by-default a fan of a synergized corporate product. Sure, that was always at least partly the case, but these days even the gradation is gone: Geeking out over Marvel comics no longer means rooting for a bunch of scrappy funnybook writers toiling in a New York office -- it's cheerleading for the success of an ultra-powerful subsidiary of the omnipresent Walt Disney Company.

Most of the time, that's fine. Creativity can come from anywhere, and since it's a good idea to keep fan-devotion in check to a degree the wariness that inevitably comes from big business being involved might be a value-added feature. But it's starting to get to the point -- and I say this as someone who's done a fair bit of Marvel/Disney cheerleading as of late -- where brand fealty (even to something good) is beginning to get a little worrying.

The story of the day, is the (apparent) hacking of Sony corporate documents on behalf of North Korea, which has spilled thousands of secrets out into the press. Included among those secrets has been the reveal of the worst kept secret in town: The studio's handling of the Spider-Man franchise is an embarrassing disaster on all fronts, leading to an increased likelihood that the studio's Japanese parent company will step in and force them to cede creative control of the series to Marvel.