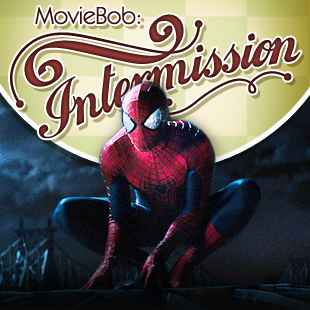 You already know the tune, Might as well sing along...

Reboot sucked, Sequel worse!
Failed so hard might have been cursed.
Didn't buy
His or her
Inconsistent characters.
So sad, The Forgettable Spider-Man!

Scripts so bad were a sin
Even wrecked Uncle Ben!
Stupid magical blood
What the hell was with that!?

Hooray, Spidey's been rescued from hacks!
Next get Fantastic Four back!
New day for Spider-Man!!! 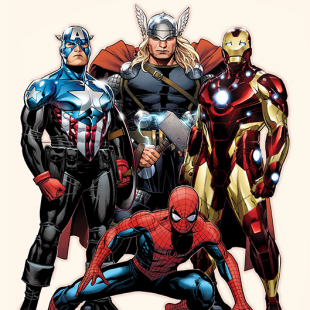 Just about five years ago, I told you that Sony unceremoniously firing Sam Raimi and canceling Spider-Man 4 was a terrible idea that would end in disaster.

Two and a half years later, I was proven right - The Amazing Spider-Man was an unmitigated piece of sh*t.

Last April, they did a sequel that was so bad everybody else started coming around to where I'd been since 2010.

Since then, it's been my perverse duty to report on the fallout from all this. The hacked emails revealing Sony was already trying to get out of this by handing off to Marvel. The likelihood that Andrew Garfield was already toast as the lead character. Increasingly wild rumors of face-saving "Hail Mary" projects. Sony's Japanese masters likely forcing them to bow to Marvel's wishes. It's all quite fascinating: Two hugely powerful companies effectively scrapping over a pair of red longjohns like NFL teams over a free agent.

And now... vindication. It's over. Marvel Comics' flagship superhero is finally going to join the Cinematic Universe where he belongs.

In case you were wondering: Yes, I imagine I will be insufferable about this for a good long while.

The details, of course, are still emerging. The press release at Marvel's site talks about a "new Spider-Man" debuting in the MCU before a new series kicks off at Sony, which is why it's no surprise that Andrew Garfield is all-but officially gone as Peter Parker. I can get behind that. Garfield is a good actor, and its conceivable that he might've been a good Spider-Man with the right screenplay, but everything about the character was wrong conceptually and the actual writing/directing sealed his fate: His Spider-Man is the worst live-action incarnation to ever appear, and he's tainted irrevocably because of it - it'd be like George Clooney headlining Batman Begins.

Predictably, a lot of people are already calling for this to be as good a moment as any to just not bother with Peter Parker and go with Miles Morales, the Black/Latino star of Ultimate Spider-Man. I could get behind that, but it's almost certainly not going to happen. Marvel's default cinematic brand (for the most part) is "ripped from the comics," and I doubt they'll forego the opportunity to drive fans into a frenzy with the most Lee/Ditko/Romita-"accurate" Spidey ever at least to start with. Especially since doing so let's them save "And now, Miles Morales!" as a big newsmaker when they decide to recast a few sequels from now.

A lot of this is also bound up in Hollywood deal-making doublespeak: The announcement trumpets that Sony will "retain creative control" of solo Spider-Man movies going forward (with Marvel free to have the character turn up in cameos and co-star roles), but nobody actually believes that's truly the case. Sony is the only one making a substantial gain here - Marvel already owns the more financially lucrative parts of Spider-Man (merchandising and TV rights) and while they'd certainly like to have yet another hit movie franchise they've by now proven that they can turn characters nobody has heard of into gargantuan moneymakers all on their own.