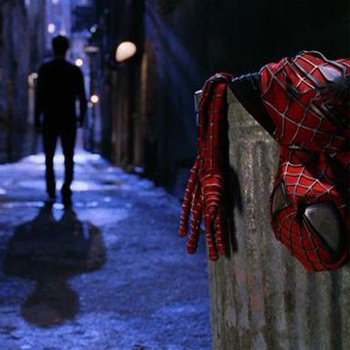 Their (Marvel's) short-term, immediate gain here is control of a few news cycles, another guaranteed "pop" at the next SDCC when the new Spider-Man joins The Avengers etc onstage and a known-quantity whose co-star/cameo stature can help sell an iffy project of their own: If it were to "leak," for example, that at one point in Ant-Man the characters would be onhand in a science lab where a random teenager gets bit by an irradiated spider, and then that same kid turns up in a post-credits scene seemingly developing spider-powers? Suddenly, no one will be worried about Ant-Man's opening weekend numbers. If Agents of S.H.I.E.L.D. was to end Season 2 on a stinger of Director Coulson calling for a trip to New York because "I want to know who THIS is." and holding up a Daily Bugle Spider-Man headline? ABC wouldn't be able to greenlight a Season 3 fast enough.

But Sony? Sony is getting the ONE thing that every movie studio in the world would kill for: An official endorsement from Marvel that audiences who want to keep up to date with the Marvel Cinematic Universe need to go see one of their (Sony's) movies, too. This is the unobtanium of Hollywood right now, so don't expect anything to happen on these new post-Amazing Spider-Man features without Marvel having said yes to it. (It's even being speculated on the business front that this is in itself a halfway measure - a staging ground for either Marvel eventually acquiring Spidey outright or Disney purchasing Sony Pictures.)

A missing question in a lot of this is whether or not mainstream audiences actually care. The sheer ubiquity of the Marvel-ization of the Hollywood blockbuster (and the internet-age easy-access to information that in part made it possible) has certainly changed the game in terms of how much casual moviegoers care about "connective tissue" - millions more people are aware of (and nominally-invested in) Guardians of The Galaxy and Iron Man taking place in the same universe by virtue of "That one big purple guy" having turned up in The Avengers than ever new or cared about the gently-suggested "shared universe" of some Quentin Tarantino films or even the self-reference obsessed Kevin Smith features - but does that investment extend to Intellectual Property rights-disputes?

Make no mistake, Spider-Man meeting Thor and Captain America onscreen is the definition of a saleable spectacle in superhero blockbusters, particularly kids for whom the Marvel movies will now look one step closer to resembling a varied toy chest or their Disney Infinity lineups (or The Lego Movie.) But is it a spectacle appreciably different from, say, Batman showing up? Or Godzilla? Or Mr. Spock? Or any other known-quantity character of similar stature? The lifer Marvel/comic-book devotees who fuel the between-movie fandom hype machine (and make up a plurality of the blogger-base reporting on the same) are invested in seeing missing-pieces like Peter Parker, Reed Richards and Mutants fitted back into the Marvel Universe; but can a wider audience for whom acknowledgment of their being a Marvel Universe begins with Samuel L. Jackson surprising Robert Downey Jr. in his living room be expected to care the same way? While The Internet is celebrating a "homecoming," are Joe and Jane Popcorn asking WHY it's supposed to be a big deal (or even "good news") that a superhero whose last two movies were, to put it mildly, terrible now gets to join (or at least hang out with) The Avengers?

It's all so "iffy" that, as glad as I am (and if the song up top didn't cue you in, I am euphoric) that I won't have to see my favorite superhero further sullied by Bob Orci and Alex Kurtzman's moronic magic-blood/predestination/cool-athletic-model-handsome-high-schooler-is-treated-like-a-dorky-nerd-for-some-reason-but-only-sometimes screenwriting, Garfield's mush-mouthed mumbling and whatever the hell Dane Dehaan thought he was doing as Harry Osborn... I'm still more "interested" than "excited."

I want to know which Marvel movie he'll show up first in - Captain America 3: Civil War like they were hoping/planning? Or will Marvel (who famously shot The Avengers' now-iconic "Shawarma Scene" during a few hours when the necessary actors all happened to be in the same city and inserted it into the post-credits a week after the film had already premiered and released in Europe) cast the role in time for "Mr. Stark! Peter Parker, Daily Bugle. Can we get a shot with the helmet open?" to be a post-production insert for Avengers: Age of Ultron?

But beyond that? Even with this new arrangement all but guaranteed to yield a better Spider-Man movie than I've gotten in a while (again, it won't exactly be difficult) I'm going to need to hear directors, actors and scenarios before I start getting my hopes all the way up - after all, in eleven years almost no superhero movie made has managed to do better than this moment - but I'll at least never have to sit through this nonsense again.