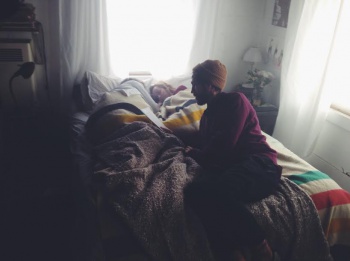 Go behind the scenes of Memory 2.0 in our interview with filmmakers Dugan O'Neal and Wilson Bethel.

If you enjoyed the Prototype film Memory 2.0, let's take a look behind the scenes with Dugan O'Neal and Wilson Bethel, who co-wrote the script which Dugan directed.

Q: Who worked with you on the project? How did you pick out the cast and crew?
Wilson: In both the cast and crew, we had a lot of help from our very talented friends. Our DP, art department, VFX team, make-up... even most of the cast, are all people we have known for years and worked with on other projects. It makes the whole process way easier -- and a lot more fun -- to work with people you like and trust.

Dugan: Yeah, Wilson and I had just finished two different web series where we had most of the same team working with us, most of which are friends I have met and worked with on various commercials and music videos for the last couple of years. It's a family vibe.

We also had the pleasure of working with some amazing producers. Jonathan Wang and Ben Gilovitz who come from the commercial world and are the best at what they do, as well as Eric Watson who produced "PI", "The Fountain" and "Requiem for a Dream". Eric's help was instrumental in the sculpting of this story.

And of course, working with Jena Malone was amazing. She is a dear friend of mine and we've been talking about working on something together for quite a while. When this project came up, it seemed like the perfect thing to do together. She is so efficient and professional, her set awareness is like nothing I've ever seen. 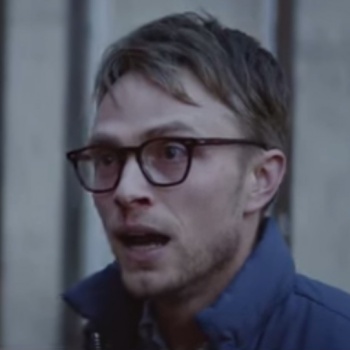 Q: Where did the story concept come from? Did anything in particular inspire this short?
Wilson: The short was an extrapolation of a music video that Dugan shot for the indie band, TV On the Radio, several years ago. That video was about lost love and featured the memory simulation idea and certain of the same strong visual components that we revisited in Memory 2.0.

He and I had been talking for months about how to expand that very poetic and visually exciting concept into a more narrative structure. And, after running into a whole lot of dead ends, we settled on our story.

Dugan: When I made the music video for TVOTR's "Will Do", I knew there was always more to this story. "Will Do" was a great way to experiment with this world and concept.

Q: How long did it take to write? How long was the production overall?
Wilson: The writing took about three months. The most difficult thing about a story like this is making sure that, on one hand, it makes a certain amount of sense; and, on the other, that you don't get bogged down in explaining why it makes sense. There's a really fine balance there.

Additionally, it's a love story and pulling that off in short form is really tricky because you need the audience to care about your characters and be invested in their relationship having only known them for a few minutes.

So much of the writing process was about figuring out the best way into the story, establishing Henry and Sophie's relationship, and then streamlining the Memorex concept to its most efficient form.

Dugan: Also the tricky thing with sci-fi is that you are creating the rules for this fictional world and you have to make sure it stays accessible and believable to the audience. Once you change one rule or idea, it effects everything. It starts to get very tricky. 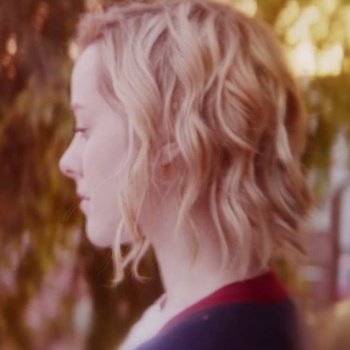 Q: Where did you film?
Dugan: We shot for three days in different locations in L.A. We filmed in Glassell Park for two days and one day in Hollywood.

Q: Do you have a favorite scene?
Wilson: I personally love the scene at Hector's house. That appeared in a later draft of the script and when it did, I think we both knew that we were onto something really cool and different. It gives the whole piece a kind of grittiness and humanity that might otherwise have been lacking.

Dugan: My personal favorite scene is the final scene with Henry and Sophie. Its emotionally raw and surreal.

Q: What about a favorite memory from shooting or production?
Wilson: All of our memories of the production are simulations. But if I were to choose a favorite simulation... probably just the process of collaborating with Dugan and the rest of the team.

Dugan: Ditto, We had an amazing cast and crew and it was so fun to make this piece together.

Q: Where did the concept for the memory effects come from?
Wilson: As previously mentioned, Dugan had begun to explore some of these ideas in the music video he shot for TV On the Radio some years ago. The visual world for Memory 2.0 grew out of that.

Dugan: I have been working with BEMO (vfx) for the last 7 years and we have established a unique way of adding a very surreal component to live action scenes, so we already had a visual language for the memories. His vision and collaboration were essential to the strength of the world that we created.

Dugan O'Neal (Director & Co-Writer)
In the sixth grade my dad sat me down and showed me "Taxi Driver," "Pulp Fiction," and "Casino". These films changed my life. I had never seen anything like them, they felt more like art than movies. That's when I knew I wanted to make films one day. Thanks Dad.

Favorite Films: Eternal Sunshine of the Spotless Mind,The Big Lebowski, The Royal Tenenbaums, Princess Mononoke, The Matrix, Do the Right Thing, Boogie Nights, Once Upon a Time in the West

Wilson Bethel was born and raised in New Hampshire, where he never aspired to much. Mainly because he was a small child.

Suddenly looking down the barrel of 30, Wilson realized that most of his life up to that point had been frittered away daydreaming & playing Super Nintendo. So he settled down with a nice Texan girl, quit smoking cigarettes & began "applying himself"-as various adults and other wise people had been instructing him to do since his youth.

Around that time, as a guest at a dinner party, Wilson also happened to meet a mustachioed gentleman named Dugan O'Neal. Like Wilson, Dugan was more than slightly drunk, only partially clothed & dancing to a soundtrack of the then recently-deceased Michael Jackson. Their partnership was fated. Since that pivotal moment, their creative achievements have been few, though notable... and notably google-able. Searching "Stupid Hype", "L.A. Rangers" or "Call Me Doctor, Rachel Bilson" should be enough to get the ball rolling.

If you are a 16 year-old girl or just have the sensibility of one, you can also catch Wilson on "Hart of Dixie". Mondays at 8/7central. Only on the CW.

Wilson can quote extensively from The Princess Bride and counts both Spikes (Jonze & Lee) as heroes.