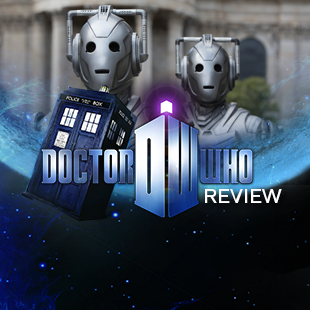 Doctor Who's "Dark Water" kicks off a two-part finale with returning villains and an uncharacteristically compassionate Doctor.

Doctor Who may have had its ups and downs over the past eight seasons, but in almost all cases, everything came together for a stunning finale. That puts a great deal of pressure of the "Dark Water/Death in Heaven" two-parter. Not only does it have to live up to past finales, it needs to wrap the first season of Peter Capaldi's Twelfth Doctor, a version that has not always rubbed viewers the right way. And while we're at it, it also needs to explain why the Doctor Who universe has an afterlife all of a sudden, and in a way that doesn't entirely break the suspension of our disbelief.

Perhaps it's a little unfair to judge part one of the finale until we see the full chapter, but what is here is very promising. We've got answers about Danny Pink's past. Returning Doctor Who villains. An explosive confrontation between the Doctor and Clara.

But most importantly, Peter Capaldi has almost entirely overcome the stumbling blocks of earlier episodes. The Twelfth Doctor hasn't always struck the best balance between his harsh realism and the upbeat optimism of past incarnations. But in one glorious moment, Capaldi's Doctor shows that while he's more cold and calculating than we're used to, he's not without compassion.

Combined with a surprise reveal fans will be dissecting for a long time, this finale will probably be one of the most memorable we've seen in years. But first, let's get up to speed:

Needless to say, but you should probably have watched the rest of this season to get the full impact. If you haven't been watching episodes each Saturday via BBC America, you can still catch up via iTunes or Amazon Instant.

Otherwise be warned, from here on out spoilers abound.