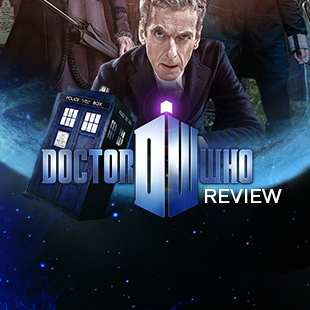 Doctor Who Season 8 draws to a close and Peter Capaldi cements his legacy as a truly spectacular Time Lord.

Way back in the "Deep Breath" premiere, Doctor Who featured a scene where the Twelfth Doctor argued with a homeless man about what his new face meant. On one level, it was just a funny moment pointing out that Peter Capaldi's familiar face now belonged to a regenerating Doctor. (Capaldi previously appeared in an episode during David Tennant's run, and had a major role in the Torchwood: Children of Earth spin-off.) But on another level, the scene raised the question of why this Doctor was so different from every other modern version, both physically and emotionally.

Christopher Eccleston, David Tennant, and Matt Smith's Doctors were young, energetic, and most importantly, optimistic. But the twelfth regeneration is old, stand-offish, and noticeably pessimistic when it comes to humanity. Several episodes have shown this Doctor doing the exact opposite of what we expected after seven comparatively consistent seasons. That's not a criticism of Capaldi's performance; far from it, he's a great Doctor. Nor am I saying the Doctor must be young; the War Doctor made a lot of sense (and had a self-aware sense of humor on occasion). But it's hard for long-time viewers, myself included, to reconcile these personalities. And that's a shame, because Capaldi's performance deserves to be judged on its own merits, not constantly compared to what we've already seen.

That's why "Death in Heaven" is such a significant episode beyond simply being the latest Doctor Who finale. Outside of drawing current plot threads to a close, saying goodbye to Jenna Coleman's Clara, and setting up a global threat only the Doctor can overcome, it fully answers the questions from "Deep Breath" and "Into the Dalek". Why this face? And is the Doctor a good man?

Want the spoiler-free explanation? This is the same Doctor, the hopeful mad man with a time-traveling blue box. But his new face, and behavior where he keeps everyone at arm's length? That's a defense mechanism for those inevitable moments where he can't save everyone.... or more importantly, must say goodbye to someone he loves.

Saying more than that starts to get into Blue Journal territory, so let's end with this: "Death in Heaven" resolves the question of whether this Doctor is a good man. It features familiar faces and old enemies. It's fun, epic, and a blast to watch. And best of all, it ties up the most annoying Season 8 plot points in a neat little bow, implying we'll never have to see them again.

Then it makes a promise: Next Christmas, we'll get back to something fun and silly. Until then, you can watch the stunning conclusion on BBC America or digital storefronts like iTunes.

And with that, we move onto specifics, starting with a recap from last episode: