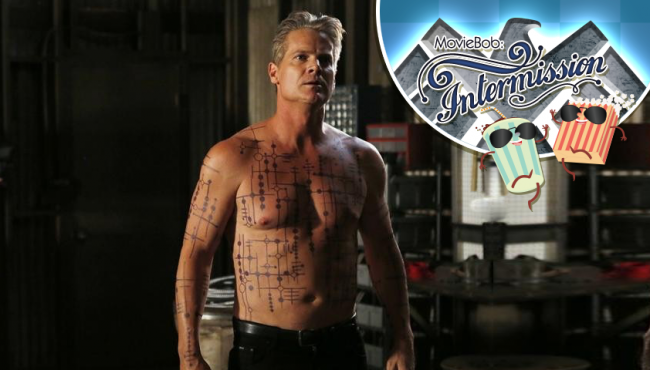 Agents of S.H.I.E.L.D. resolves a lingering mystery... but what took it so long?

It's Agents of S.H.I.E.L.D. time again, which means a SPOILER WARNING is in full effect. If you're looking to catch this week's episode unspoiled, head over to ABC's website or Hulu to watch the latest before you read.

Well, that's that then.

Seven episodes into Season 2 and the big holdover-mystery from season 1 -- what exactly are those weird hieroglyph-patterns that Coulson, Garrett and pretty much everyone not named Skye is compelled to draw after having been injected with the life-restoring alien(?)-extract GH.325? -- has been efficiently solved. They're a map of a city, presumably one whose location is imprinted on the alien(?) DNA of whatever dead creature they'd been pulling GH.325 out of. This solution only presents itself if the patterns are viewed in three dimensions, which Coulson realizes when he discovers that another "undead" T.A.H.I.T.I. patient had reproduced them as an elaborate model-train set. This now creates two new mysteries, the first being "Which city" and the second being, well...

...how did they not think to do that in the first place?

Seriously. By far the most "comic book" thing about Marvel's Agents of S.H.I.E.L.D. at this point is is it's continued adherence to science-fiction technology that's only ever as advanced as a given scenario requires or as tension dictates, in this case: S.H.I.E.L.D. uses three-dimensional hologram-projectors to examine basically everything else, but no one thought to plug Coulson's drawings into that this whole time?