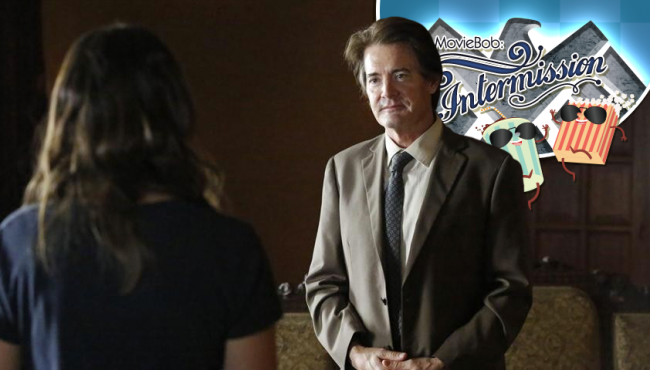 Marvel superfans will love all of the minutiae and movie tie-ins happening, but otherwise "What They Become" is a pretty average episode.

Of all the things about Agents of S.H.I.E.L.D.'s second season that have helped turn the series from the redheaded stepchild of the Marvel Cinematic Universe to a fun (if uneven) cult item, its superior set of villains has to be near the top of the list. Absorbing Man? Daniel Whitehall? Evil May? Good stuff, and it's fun watching the Agents work out how to dispatch them. But for its finale, the series found itself humbled -- though not necessarily "defeated" by its greatest enemy of all...

Was it exciting? Fairly so, though it's hardly the most engaging "action episode" of the season (or the series). Did it answer questions? It did -- though I question how much interest casual fans will have in the Marvel minutiae being trotted out here or its connection to the various other Cinematic Universe properties. But the plain truth is, for a show like this to tease a "finale" involving the reveal of strange powers and ancient alien cities and deliver them in the form of a few moments of CGI and people running through dark, nondescript tunnels, respectively... it was lacking, there's no other way to put it.

It doesn't help that the promise of "wait until you see this!" was seemingly meant to stand-in/make-up for the fact that the character interactions and story payoffs were either pushed to the side or tabled to pay off when the show returns in March, leaving an episode that was big on action and momentum but light on heart, save for the central business of Skye finally learning her origins and having it out with the Doctor -- whose real name turns out to be "Cal."

Before continuing, be aware we're diving into spoilers from here on out, so a SPOILER WARNING is in full effect. If you haven't caught this week's episode, you can stream it online from ABC.com or Hulu, or buy the latest from iTunes or Amazon.