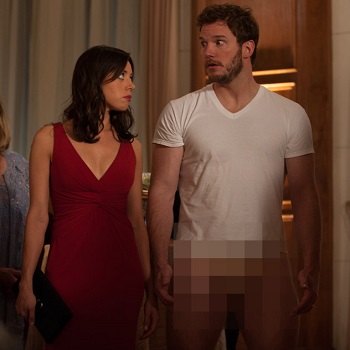 When Parks and Recreation concluded its sixth season, it was a perfect finale with its heartwarming Unity Concert, Tom successfully re-opening his restaurant and the public reveal of Duke Silver. Plus, Leslie, Tom and Ron all proved unflappable in the faces of their longtime antagonists (Jamm, Tammy II, and Dr. Saperstein, respectively). The epilogue revealing Leslie's successful life three years later felt a little odd, but it reassured viewers that Leslie was going to do great.

It was a fantastic series finale, except it wasn't. Thanks to whatever business decisions, Parks and Rec would get a seventh - and final - season. Fans were pleased to learn they would get more time in Pawnee, Indiana, but the question remained: Did we really need another season?

"2017" and "Ron & Jammy" open up the seventh season (the plan is to burn through two episodes a week), dropping us right in the middle of that sixth season epilogue. Most of "2017" is spent either setting up the season-long arc or addressing all the stuff happening in last season's epilogue and largely falls flat (save for the side stories). "Ron & Jammy" fares better, delivering a recurring Parks story with a fun twist.

Both episodes succeed in playing off repeat jokes from the series - and there's plenty to laugh at - but Parks and Rec was always great at character development. Unfortunately, Tom is still self-centered and narcissistic while Leslie's particular brand of crazy is continues to harm her loved ones. In fact, April is actively trying to revert to her former self during her own 20-something version of a midlife crisis. It would actually be nice to see the characters have grown a little over three years.

Andy is the exception. He's unchanged from the last few seasons (although Pratt's still looking great from guardianing of the galaxy), but that's okay because Andy already went through some of the biggest character growth we've seen in a sitcom. He can still be his goofy, lovable self and a completely dependable friend without really needing to grow any further.

Once Parks gets past explaining its arc for season seven (get ready to hear "Gryzzl" and "Morningstar" a lot), the show functions just as well as it has in the past. There's plenty here to entertain fans, and "Ron & Jammy" proves the show can play in the not-to-distant future without shoving it in our faces. I, for one, look forward to seeing Hitch 2. It's also worth noting season seven starts the same way the series did: Leslie is obsessing over a park.

The problem is these episodes never really prove why we needed a seventh season. They're not bad; each episode is either slightly below or above average Parks quality. But there's nothing special about this season so far that says, "Yes, we need to see this one last story." Season six's Unity Concert was such a great ending to the series, so bringing the show back to tell some average Parks stories doesn't really do it justice.

Bottom line: As fantastic as Parks and Recreation has been, we should have said "Bye-bye, li'l sitcom."

Recommendation: Even if there's no real reason for the seventh season to exist, fans can still enjoy these episodes.