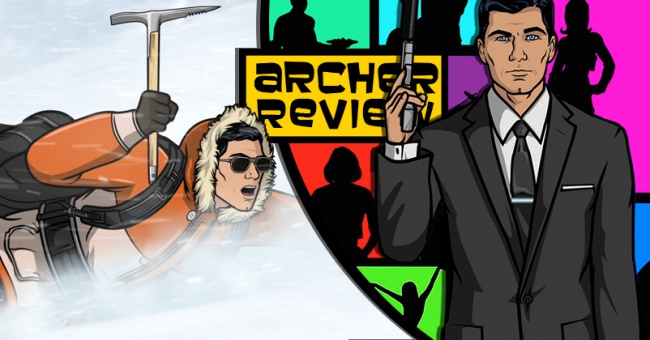 "The Archer Sanction" is so good, you'll almost wish it had been used for the season premiere.

"The Archer Sanction" is technically a filler episode, something that audiences can watch and enjoy without offering any groundbreaking reveals. It is also, hands down, the best episode of Season 6 so far. Sure, the premiere had its moments, and "Three to Tango" was a hugely succesful return to spy parodies. But this week's episode, despite doing little of lasting significance, is refined to near perfection: The premise, the dialogue, the side plot that exists solely for the purpose of watching everyone be drunk or hungover. And even though no one really develops as characters, it integrates everything we've seen in past episodes (including Archer and Lana's awkward relationship) very well.

In short, these are the kind of episodes that will make you happy that Archer Vice was a diversion, even if you loved Archer Vice. If that intrigues you, you can watch "The Archer Sanction" via FX, Hulu, or buy it on Amazon. And don't forget to check out our thoughts on the previous two Archer episodes, "The Holdout" and "Three to Tango".

This week, Archer, Lana, and Ray have accepted a new mission from the CIA: Assassinate an assassin who is taking part in a mountain climbing exercise. It's a new direction for not-ISIS that Lana's rather less than thrilled with, a detail that Archer is naturally less than concerned with. Another detail Archer wasn't concerned with? Reading apparently the only copy of the mission briefing in full, leaving the entire team in the dark about who their actual target is. Thankfully, just before reaching the lodge, Archer remembers a small detail he committed to memory: The assassin's home country was an Axis power during World War II.

Then the team enters the lodge, where they are greeted by climbers from Germany, Italy, and Japan.

First of all, this isn't just some ordinary mountain. Translated from German, it's called the "Death Peak," a treacherously unsafe peak that kills one out of every seven climbers. (If you're counting, between not-ISIS, the mountain guide, and the three potential assassins, that's seven climbers.) It's filled with deadly crevices and the weather can shift on a dime, which really raises the question why anyone climbs mountains like this for fun in the first place.

Thankfully, the team's guide is Crash McKerrin, a dashingly handsome mountain expert and team leader who has survived many such excursions. And here's where we get into the team dynamics - Lana and Ray are both instantly charmed by Crash's physique and demeanor (it's been a while since we had a "Sploosh" joke, let alone a simultaneous one), and Archer is immensely jealous. Not entirely surprising, considering Lana is the mother of his child.