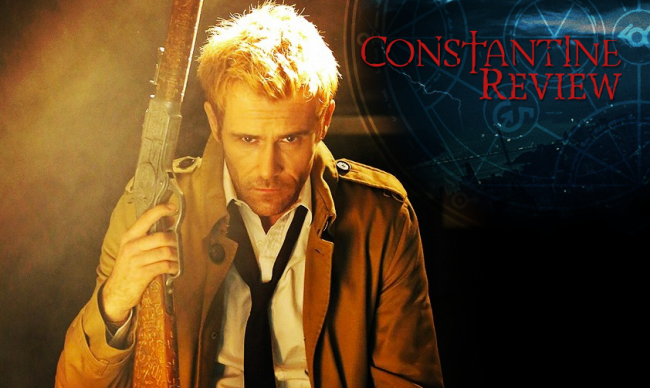 "Waiting for the Man" isn't the finale Constantine deserves. But seeing Hellblazer come to life on the small screen shouldn't be missed.

If you had told me just after the Constantine pilot that I wouldn't just enjoy the season but be disappointed it was ending early, I would have laughed. Yet that's exactly where we've ended up. Over the course of thirteen episodes, Constantine developed a formula that worked surprisingly well, playing off of standard supernatural tropes while putting its own unique twists. Even the occasional stinker would find some fresh take on the monster-of-the-week format that made it fun to watch on a regular basis.

Most importantly, Matt Ryan proved to be an amazing John Constantine. After a rocky start as another misunderstood protagonist, Ryan quickly found his groove and became a true bastard. Constantine wasn't some television anti-hero - he was a blue-collar magician no better than anyone else, yet willing to let others burn if it saved the day. He was smart, manipulative, charmingly insincere, and just sympathetic enough that you worried when something bad happened to him. Any blond-haired mug could've put on the trenchcoat, but Ryan really brought Constantine's beloved character to life, elevating the series into something engaging.

So. With that all being said, how does the Constantine season finale hold up?

Well... it's alright, I guess. It certainly doesn't feel like a finale - more like a mid-season plotline everyone thought would continue with a full run. There's no resolution to the rising darkness or Zed's new brain tumor, which is frustrating. But at the same time, since everyone knew this would be the finale, it was tweaked to feel slightly more conclusive. There's an exceptionally creepy villain who doesn't fit the supernatural mold. Jim Corrigan and Papa Midnite are back as guest characters.

And just before the credits roll, Constantine reveals one last twist as if to say "Ah ha! Here's what you would've got if we did a full season! So long, suckers!" If you want to know more, read on, but make sure you're caught up first to avoid spoilers. You can do so through the official Constantine website, Hulu, Amazon Prime, or reading our entire season's worth of reviews.

This week's main antagonist isn't really a monster - at least not of the usual supernatural variety. He's your ordinary, run-of-the-mill Satanist, only the rising darkness has given his rituals a little more oomph than usual. It's what he's doing that's the problem - kidnapping teenage girls as part of a Blood Moon Eclipse marriage ceremony. He's already claimed three girls and has his sights set on a fourth, but when Jim Corrigan finds one of his mutilated victims, he gives John and Zed a call. Now the race is on to find her before the ceremony is complete.

Sounds simple enough, but there's a complication (of course there is). The Brujeria - the forces behind the rising darkness - are finally fed up with Constantine's interventions and place a bounty on his head. The first one taking aim is Papa Midnite, who has a personal score to settle and will get a significant supernatural reward as a result. So between hunting down a Satanist who really doesn't want to be found, Constantine also has to worry about Midnite's magical attacks - and later, Midnite personally.

The Satanist marriage plot is pulled directly from the comics, and while I can't speak to how it holds up (I haven't read all 300 issues yet) it's a sufficiently unsettling one. "The Man" and his three wives aren't Constantine's usual powerful enemies, relying instead on trickery and real-world weaponry to achieve their goals. The Man himself is basically every cultist-from-the-backwaters trope you've seen, but actor J.D. Evermore's performance is very creepy as he fawns over the kidnapped girl... or mumbles to himself while looking for a blowtorch. Imagine that one villain from True Detective if he actually could speak with dark gods, and you've got a pretty good idea which direction Constantine was aiming for.