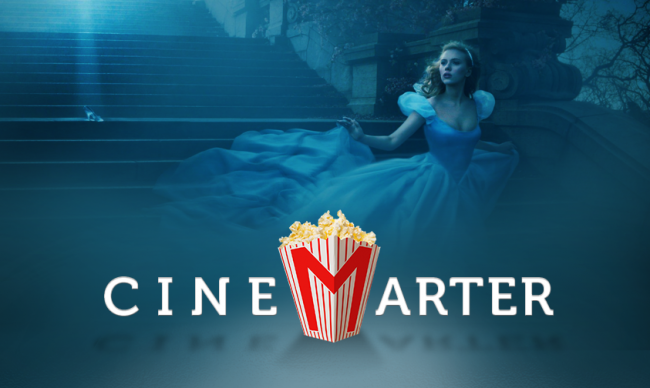 In an age filled with cynicism, it's a rare film to come along that's earnest and heartfelt from its beginning to the point when the credits begin to roll. Cinderella is such a movie. Not technically a remake of the Disney animated classic - although it certainly borrows heavily from it - the film exists in its own little world, one where animals perfectly understand humans, fairy godmothers exist, and true love is the guiding force behind the most important of actions.

The plot essentially follows the animated film, which itself is based on a fairy tale written by Charles Perrault. Our lead is Ella (Lily James), whose parents both die, which forces her to live with an evil stepmother, Lady Tremaine (Cate Blanchett), who has two daughters of her own (Sophie McShera and Holliday Grainger). Ella becomes the house servant, because we need to see her hard done-by in order to root for her. She's mistreated in various ways, and the only friends she can make are with the mice that populate the house. There's a prince (Richard Madden) - called "Kit" in this version - a ball, a fairy godmother (Helena Bonham Carter), glass slippers, and all of the Cinderella staples you know and expect. If you don't know the story, I won't spoil it for you here.

There are a few differences, but they're minor. The prince and Ella meet in the forest in this one, which makes some of the interactions between them later on a little odd. Ella is now a "country girl" whose house her family has owned for two centuries. Cinderella is essentially a longer, live-action version of an animated film you watched when you were a child. 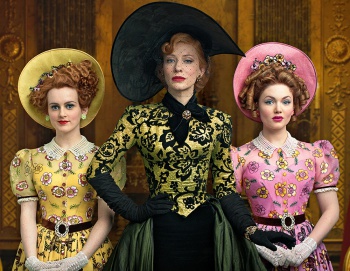 I mention that it's longer because, first and foremost, it is. The animated film didn't even reach 80 minutes in length, while this one takes almost two hours to conclude. There isn't enough content to fill up this running time. Outside of the "Cinderella staple" moments - the fairy godmother, the ball, the slipper fitting - there's not a whole lot to this movie. Even the animated film, at times, runs a touch long, so increasing the running time and doing very little to fill that time just makes it feel meandering. It's really telling when Into the Woods can wrap up its version of the Cinderella story in about 20 minutes; that's about how much actual content there is.

It's not like there aren't things to improve, either. The characters in Cinderella were never particularly deep. With this extra time, more character moments could have been included. This, however, hasn't happened. The prince is slightly more interesting, true, but Ella is still bland, the stepfamily is still evil just for the sake of being evil, and there's just nothing to most of these characters.

Even more problematically, some of the character scenes we do get wind up making very little sense under even the slightest bit of observation. Ella gets asked at one point why she puts up with her stepfamily, to which she replies that she made a promise to her parents that she'd stay at the family's home, since it's been in their name for generations. But then the prince comes along and that gets completely forgotten. Having Ella, not dressed in ballroom garb, and the prince, dressed as a hunter but not letting on that he's from the royal family, meet earlier in the film makes you wonder why they even have to go through with the "fitting of the slipper" near the end. They know each other! And, while this isn't a character issue, I've always wondered why the glass slippers remained, given that they're created out of thin air and we're told that everything will return to normal at the last stroke of midnight. That's just always bugged me about the story, at least the way it's told by Disney.