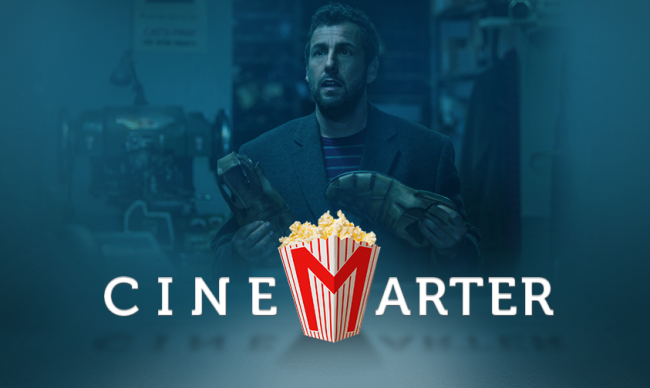 Adam Sandler gets a lot of flack - a good chunk of it deserved - for the choices in films that he makes. When you go to see an "Adam Sandler comedy," you usually know what you're going to get. The PG-13 comedy isn't going to challenge your intellect. Sandler will play an obnoxious goof. In recent years, they've largely taken place in whatever locale at which Sandler wanted to vacation, and they co-star his friends, because it's fun to make movies and take paid vacations with your buddies. The major factor I haven't yet mentioned is that, with rare exceptions, they're also really bad.

So, at least we have to give Sandler some credit for starring in The Cobbler, which is just as bad as most of his other comedies, but at least tries to do something different. Here, Sandler plays Max Simkin, a cobbler (shoemaker) whose father, grandfather, and great-grandfather had the same profession. He's not dissatisfied with life, but perhaps he's just not that interested in it at the moment. He does his job, and he does it well, but it's just passing him by. It does so, that is, until he finds an antique stitching machine in the shop's basement, and upon fixing a pair of shoes and trying them on, finds himself looking and sounding like the man whose shoes he fixed. Yes, the machine was magic, and it allows him to literally become the person who owns them. Yes, the filmmakers took the "to walk in another man's shoes" idiom a little too seriously. 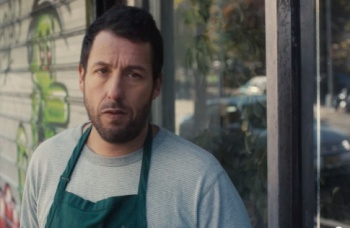 They also missed the point. "To walk a mile in another man's shoes" is to think about their life and to empathize with them and their struggles. What our protagonist does in The Cobbler is imitate them, use this new-found power to get away with things he otherwise wouldn't be able to, and eventually - after a significant amount of "whimsical hijinks" - do something "good" - kind of. But, mostly, he just fools around, impersonating random individuals, stalking people, and even (inadvertently) committing murder. Yes, this is all played as comedy. No, it doesn't work as such.

It is at least a little fun for a while. Watching him skip out on paying for a meal is at least relatively harmless. Stalking people to the point of being able to find out where they live and steal their possessions? Not so much. It's supposed to be treated as silly and funny, but more often than not it comes across as creepy. It also takes a significant amount of time for it to amount to anything, and by the time it does, it's hard to care. The various miniature subplots don't have enough intrigue to them to hold our attention while the main story marinates in the background.