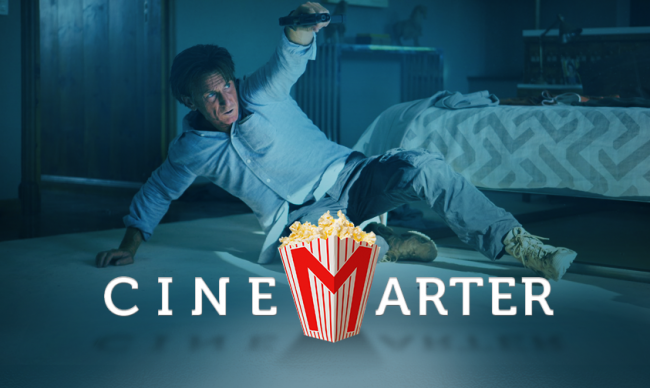 Didn't we just do an "aging action hero" movie a week ago? Does anyone else find it a little odd that the studios would release two of these things so close together? Just me? Okay.

The Gunman is what you get if you take Shooter, set it in more exotic locations, and replace Mark Wahlberg with a 70-year-old chain smoker who somehow happens to have a Sylvester Stallone-style physique. Luckily for us, that already puts it ahead of 2015's earlier "aging action hero" outings. This time around, our lead isn't Liam Neeson; instead, we get Sean Penn, here as ripped as we've ever seen him. Penn plays Jim Terrier, a former special forces operative who performed an assassination that his team was contracted to do. He had to leave the love of his life, Annie (Jasmine Trinca), in order to go into hiding, but hoped that one day he'd be able to return so that they could be together. No such luck.

Our plot kicks off eight years later when Jim, doing humanitarian work in Congo, is the subject of an attempted murder. Three unknown men tried to kill him, but failed. The past is a haunting mistress, so he immediately suspects it has something to do with the aforementioned assassination. Much of The Gunman's first half revolves around Jim going around to various parts of Europe - Barcelona, mostly - attempting to figure out who wants to kill him and why. The second half is when we get the action, when the two sides collide, and when The Gunman actually starts to get fun. 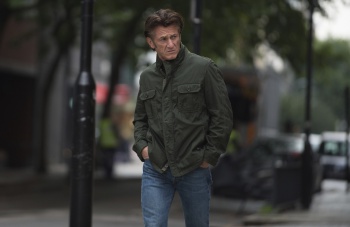 Part of the problem with the first half is that it's painfully obvious to anyone who's seen even a single film of this ilk who the main villain will be. All of the investigative work that Jim has to do will eventually lead us to a conclusion that most of the audience will have long-since figured out. We also have to set a few separate pieces in motion, like the reunion between Jim and Annie, and a health condition that will hinder Jim in the least opportune moments. Time probably could have been used more efficiently, but that's only because of how predictable the villain turned out to be. Had it actually been a mystery, it wouldn't have felt slow; as it is, Jim is the one who feels a little slow.

Thankfully, we only get that feeling when it comes to his mental, not physical, capabilities. As mentioned, Sean Penn got himself into tremendous shape for this role. He's proud of his physique, too, as there isn't a point missed when he has the opportunity to take off his shirt that he doesn't pass up. He's Taylor Lautner here. Jim's habit of lighting up a cigarette during any period of downtime apparently doesn't cause him to struggle during long periods of cardio, and Sean Penn makes for a believable action hero. That's an important point in the movie's favor. Taken 3 failed for a lot of reasons, but one of them was because it was impossible to invest in Liam Neeson as an action star. Here, Penn pulls that off.