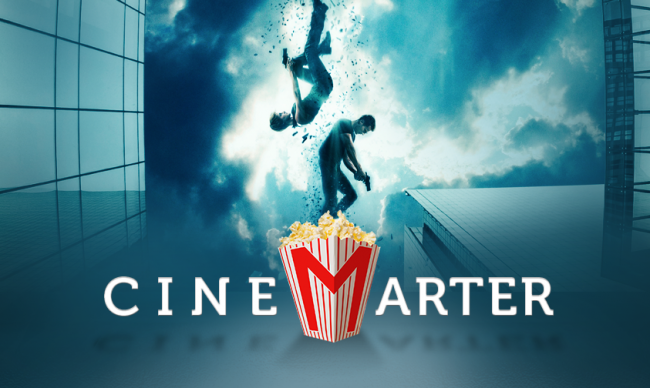 It was announced right after Divergent was released that not only would the final two novels in the trilogy be adapted into films, but the final book - taking inspiration from The Hunger Games and Harry Potter - would be split into two. Given that Divergent's plot could have been converted to about 30 minutes of film, and Insurgent suffers from the same problem, perhaps instead of expanding three books into four films, it should have been three books condensed into a single movie. 30 minutes dedicated to Divergent, 30 minutes (at most) given to Insurgent, and 45 minutes for Allegiant. That would have had the potential to be a great movie. Instead of that, though, we're stuck slogging through Insurgent. Because money.

We once again follow Tris Prior (Shailene Woodley). Last film, she broke free from the oppressive "class" system around which this universe is based, escaping the clutches of the evil Jeanine (Kate Winslet) in the process. Tris is a "divergent," which means that she doesn't fit into any one class. In other words, she's special. And, boy, if you didn't understand how special she was after the last film, you're going to in this one. Insurgent literally has a character say something along the lines of "we need to find the special one" before cutting right to Tris. Subtlety is not its strong suit. 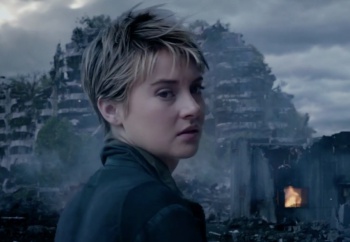 This is a young adult dystopian movie, which means that the government is oppressive, our hero is free-thinking and "special," and that's the only real conflict at hand. Divergent focused more heavily on that than this one does. In Insurgent, our heroes hide, run, hide, and then do the exact opposite of that so that we can have our final confrontation. It once again feels like it's more world-building than it is actually telling a story. It's narratively muddled and meandering, using its downtime to set pieces in motion that likely won't pay off for another two movies. It also takes far too long to do that. All of Insurgent could be told in a quarter of the time if one wanted a significantly increased pace.

The point being made here is that it's a boring movie. It's filled with characters that are impossible to care about, situations that are repetitive, characters who switch allegiances on a dime and without much reason or explanation - which means they have about as much impact as a Big Show heel/face turn - and much less action than one might hope for. Good actors wind up stooping down to the material instead of elevating it to their level, the most depth any character gets comes from a monologue delivered late into the picture, and it's all so depressingly mediocre. I wish it was worse, just because then it'd be worth hating. As it is, it's just bland.