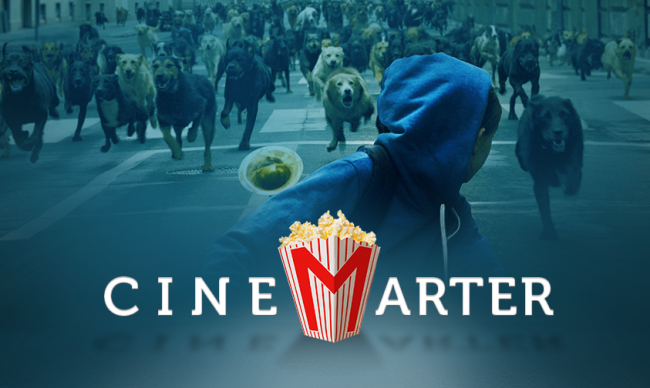 Okay, so maybe it's not quite "Rise of the Planet of the Dogs," but that's only because White God's filmmakers decided not to take it in that direction, instead settling for a less violent ending. I suppose a better description might be "Spartacus, by way of Samuel Fuller." Regardless, you've probably figured out what the film is about by now, but if you haven't, here we go.

Lili (Zsofia Psotta) is forced to live with her father, Daniel (Sandor Zsoter) for a few months while her mother goes on a trip. Her parents are divorced, you see. Lili's best friend is a dog, Hagen, which Daniel does not want living in his home. In Hungary, we learn, there's an additional fee imposed on mixed-breed dogs, and Daniel has no intention of paying. Lili doesn't want to take her dog to the shelter, where she fears it will be put down, so Daniel instead stops in the middle of the road, releases it, and drives away. Yes, it's a heartbreaking scene, given that we've seen how much Lili loves Hagen. 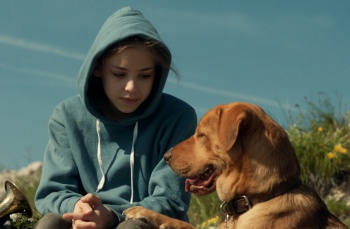 Following that, we trail Hagen as he wanders the streets. The trials and tribulations he faces will force some viewers to turn away, and others will outright quit watching. If you're someone who can't stomach animal abuse on any level - even keeping in mind that no animals were hurt in the making of the film - then White God is not the film for you. Sure, you don't actually get to see a whole lot of the violence, but it's still not an easy watch. By the end of it, Hagen has been transformed, and by the time he begins to lead the dog uprising - not a spoiler, since the film's opening scene shows this and then sends us back in time to let us see how we got here - you get it.

We get to watch both Hagen and Lili, sometimes flipping back and forth between the two at the drop of a hat. Hagen, trying to survive on the street, all while being mistreated by basically everyone he meets, and Lili, struggling to deal with the shock of settling into a new home with someone she doesn't particularly like after losing her best friend. Even outside of the animal abuse, White God isn't an easy watch. And that's before you start to think about the allegory here, which sees dogs stand in either for the homeless or those racially discriminated against, with the humans acting as the cruel people who mistreat both groups.