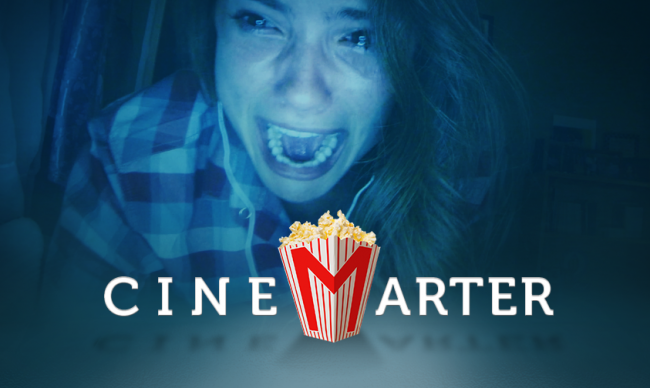 "How do you make an effective slasher movie that takes place almost entirely over Skype?" This is a question that the cynical part of me asked for weeks leading into Unfriended, which does exactly that, including the "effective" part. Somehow, some way, the filmmakers behind this movie have managed to craft an intelligent horror movie with more to say about teenagers living in the digital age than most of its contemporaries have to say at all - and it does so in addition to being genuinely scary. Yes, it also takes place almost entirely in Skype, or at least with Skype being open. Google Chrome, iMessage, and maybe one or two other programs are also used. This is a gimmick to which it commits wholeheartedly, and it makes it work in part because of this commitment.

The premise is this: On the anniversary of a classmate's suicide, a group of teenagers find themselves haunted over Skype by someone - or something - pretending to be the deceased. Or, maybe there's no pretending involved. Perhaps the "thing" actually is the dead girl, Laura Barns (Heather Sossaman). She had a humiliating video posted online, complete with the caption "kill yourself," and eventually she did just that. It's not initially clear what it wants, and it actually remains quiet for about half the film, but soon enough we learn that it's here for revenge, and the teenagers in the chat all had something to do with Laura's death. It has control of all of their electronics, it knows everything that goes on either on their screen or through the microphone, and it can drive people to commit unspeakable acts. Now, that's a new take on horror movies. 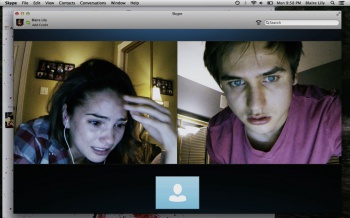 As the film plays out, we learn what each of these people did - not just to Laura, but to each other, too. Characters get fleshed out, past betrayals are unveiled, and the threat of whatever has weaseled its way into their Skype call is made clearer with each death. The first one was maybe an accident, they suspect - the girl had a history of seizures, anyway. We soon learn that is not the case, and that they're in deep trouble.

So, yes, we're talking about the consequences of cyberbullying, here demonstrated not just through Laura's suicide - a video of which actually opens Unfriended, just to get the audience in the right frame of mind - but through the turmoil our primary cast is put through over the period of time the film plays. Unfriended has a point and there are no lengths to which it will not go to prove it. For gore junkies, there's at least one scene that'll excite you. Maybe two. It handles jump startles oddly, too, primarily by having them come up after Skype's connection gets lost and has to reload. One moment, a character will be okay, and then after loading screen, they're decidedly not. It's more shock imagery than anything, but at least the typical jump startle technique is avoided. That's certainly something to appreciate. The feeling of anticipation is here, the sense atmosphere is strong, and then you also get graphic, violent images shot at you.