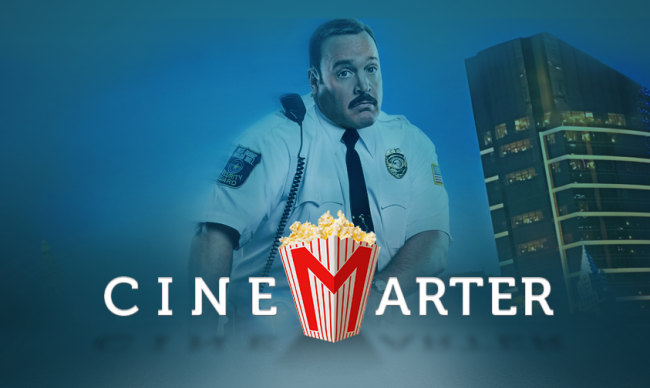 Every now and then a movie comes along that's so inept that you wonder if anyone bothered to read the screenplay, watch any of the footage that was filmed, or used their brains to think about it for even a second before tossing it into theaters. For whatever reason, these movies almost always tend to be comedies. Paul Blart: Mall Cop, wasn't quite as bad as I'm implying in the last few sentences. Its sequel, though, creatively titled Paul Blart: Mall Cop 2, is exactly that bad. This is the worst movie of 2015 - and easily one of the worst of the decade, if not the century. I wish this was a hyperbolic statement, but it sadly is not. That's how bad this movie is.

The first film, in case you don't remember - it has been six years, making us wonder who, exactly, was clamoring for a Paul Blart sequel - saw the eponymous hero, played by Kevin James, saving his local New Jersey mall from criminals who wanted to steal things from it. It wasn't funny, its action was horrible, and its love story was horrible. There wasn't much redeeming about it, but a lot of people saw it. Sony, the studio behind the film, isn't exactly making a ton of money - especially with the debacle that was the Amazing Spider-Man reboot - so now we're getting Paul Blart: Mall Cop 2, an attempt to milk a cow that one can only hope died in the six years between films and whose milk is actually its decomposing body. 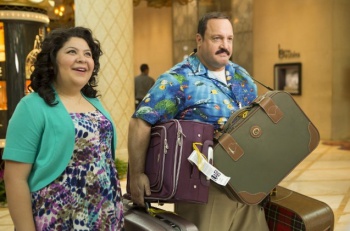 Still, I would rather re-watch the original Paul Blart or either of the Amazing Spider-Man films again than sit through Paul Blart: Mall Cop 2 for a second time. None of the aforementioned are any good - and they're even painful for most of their running times, too - but at least they aren't this bad. There isn't a single moment of competency in Paul Blart 2. There are no laughs, there aren't any heartfelt moments - despite the film's late-game attempts - the characters are all one-note and poorly acted, and most of the film, until its heist finale, feels as if it could have been edited together in almost any order. It's mundanely shot. Absolutely nothing works.

I'll give you two examples of the jokes, and you can figure out from there whether or not you're going to like Paul Blart 2. (1) Blart's mother is run over and killed by a milk truck. That's the joke. We see it and then we're supposed to laugh. (2) Fatty falls down. Seriously, we're in 2015 and we're still doing "fatty falls down" jokes - and lots of them fill this movie's running time.