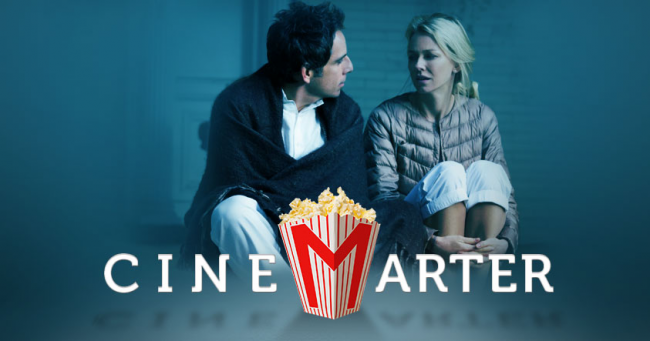 In the world of independent cinema, writer-director Noah Baumbach is one of the more prominent voices, having established his own sense of style, both thematically and technically, in the two decades he's been working - although most would argue he's really come into his own in the last ten years. With While We're Young, he brings us an observational comedy about middle-aged adults and young adults - actual young adults, not whatever fiction writers believe "young adults" to be - that eventually becomes something about the ethics and morals of documentary filmmaking, and art in general.

No, you didn't misread that. A movie that begins by pointing out how cool its young, hipster couple is turns into something much different. It's a big change, and while it's hard to tell exactly when in While We're Young it occurs, it definitely feels like we conclude with a different film than the one with which we began. I liked the first movie better. It's more fun watching Baumbach muse on the generational differences than hearing him try to figure out how much truth documentaries need in order to be, well, documentaries. 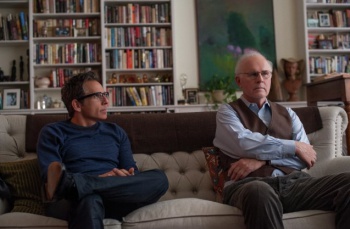 While We're Young follows Josh and Cornelia (Ben Stiller and Naomi Watts), a middle-aged couple who struggle to get along with their friends, who all seem to be having children and moving to a different stage in their lives. Josh has been working on the same documentary for close to a decade now. He gives lectures at the local college, which is where he meets Jamie and Darby (Adam Driver and Amanda Seyfried), a younger couple whom he instantly befriends. This allows the film - and subsequently Baumbach - to make clever observations about the differences between the couples.

This goes on for a while before tensions between seemingly everyone start to rise, and the film no longer becomes about the friendship that's formed between the two couples. Instead, it becomes about jealousy, resentment, and about different ways to create art. The transition happens organically - you don't notice it's happened until after we're already there - but While We're Young winds up a completely different film from where it began.