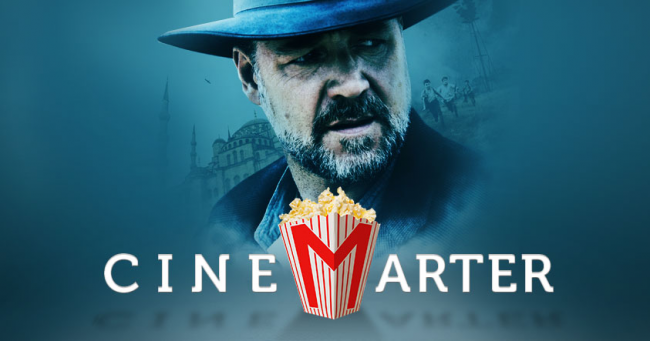 It always fascinates me whenever a well-known actor decides to step into the director's chair. The results aren't always good, but they're more often than not interesting, since moving behind the camera is often done because it's a film that the actor personally wants to see get made. In the case of The Water Diviner, which marks the directorial debut of Russell Crowe, you can feel the love for the project from start to finish. Unfortunately, love isn't a substitute for talent, and Crowe does not show much of that - at least as the film's director - in The Water Diviner.

In fact, many of the film's problems are directorial. It's an inconsistent movie at best that takes so many tonal turns as it progresses. The story sees Joshua Connor (Crowe), an Australian farmer who lost his three sons during WWI and whose wife has now also passed, head to Turkey in order to locate his sons' bodies and bring them back to his home so they can be buried with his wife. A noble pursuit that is based on true events, I'm sure. It's too bad we get sidetracked with a horrible obligatory romance with a hotel owner (Olga Kurylenko), out-of-place action scenes, and random flashbacks to the war. It all adds up to very little. "War is bad," you see. 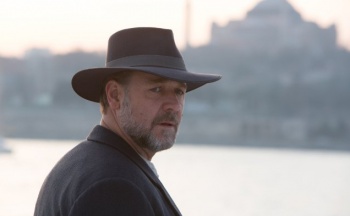 That's selling the film a little short. The Battle of Gallipoli was an important one for all involved, and The Water Diviner does contain some instances in which its aftermath winds up coming into focus. We get to see the impact on both sides, actually, and the film is relatively even-handed in this regard. It also works when it focuses on Joshua, a man who has lost his entire family. Crowe might not be a great director, but he knows how to act. His solemn, kind, and sympathetic hero is the result of a good performance. The film he's crafted around himself isn't all that powerful, or even particularly interesting, but he's good in it - for whatever that means.

It's not a complete loss for a directorial debut. The war scenes contain some powerful imagery that do hammer home the impact of war, and there are a few gorgeous shots of Turkey and Australia thrown in for good measure. These brief moments show us a touch of talent from Crowe as a director, and perhaps with a better screenplay and more influential producers he'll direct a great movie. The potential is there.