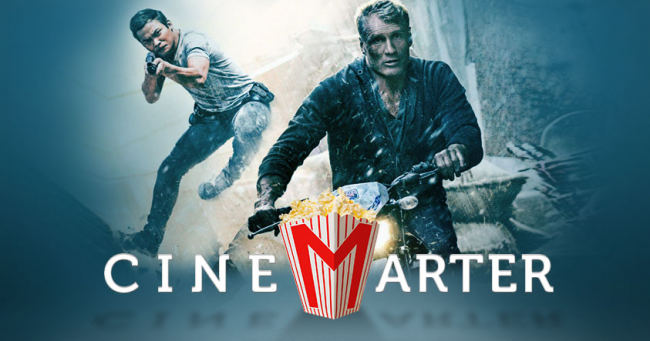 Skin Trade feels like a film right out of 1991, which makes sense given that it stars and was written and produced by Dolph Lundgren, who saw his greatest success as an actor - if you can even call what he did during that period "acting" - during that time. The action is dumb and poorly shot, it's so on-the-nose that nobody would mistake it for being subtle, and it's all too silly to take seriously, even though it really, really wants you to do exactly that.

Lundgren stars as Nick Cassidy, a New Jersey detective who is the lead investigator in a human trafficking operation led by Viktor Dragovic (Ron Perlman). Somewhere around a third into the film, his wife and daughter are presumably killed, and his quest becomes even more personal. He's joined - and sometimes hindered - by a Thai detective, Tony (Tony Jaa), who is initially tasked with arresting Cassidy, before learning that the real bad guy is Dragovic. Do you really need any more details to figure out exactly how this plays out, beat for beat? I certainly didn't. This is the type of plot that direct-to-video movies are carved from with great regularity, except now we can stream them on-demand while they get a simultaneous and tiny theatrical release. 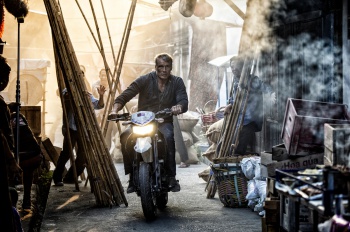 Here's something you may not know: Human trafficking is bad. Oh, you did know that? Well, if you didn't, you sure will by the time that Skin Trade concludes. Yes, it's nice for dumb action movies to have a point, but when it's this simple and one-sided, it's hardly something that needs hammering home. Taken tackled similar subject matter, except more subtly - and I don't know if anyone is going to argue that it was a particularly subtle movie.

Taken did, however, have at least somewhat competent action scenes, something that Skin Trade cannot claim. Skin Trade is brought to us by Ekachai Uekrongtham, whose drama about Singapore's red-light district, Pleasure Factory, might have made him a good choice for a movie about human trafficking. The problem is that he's not an action director, and proves that he has a lot to learn if he's going to become one. The editing is choppy, any fight choreography that doesn't involve Tony Jaa is poor, the cinematography isn't anything special, and so much of it takes place in the dark in an attempt to hide these deficiencies - which just further makes it hard to see what's going on and who's doing what to whom.