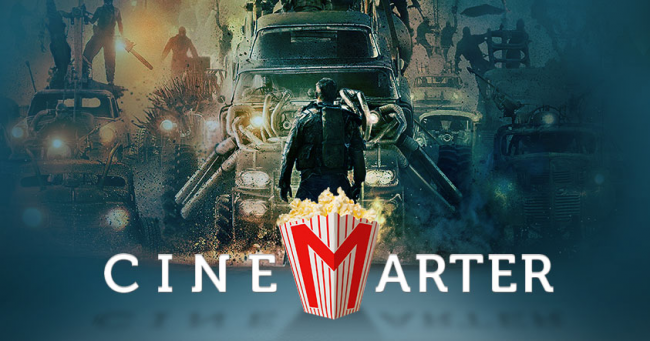 Mad Max: Fury Road is a testament to how important it is to have talent behind the camera when making a movie. Structurally, the film is one big, extended chase scene. The last one of these was Getaway, which is so awful it deserves to be shown to large crowds, ready to laugh, at midnight screenings once a year. You know, like The Room or Birdemic. Fury Road, on the other hand, keeps one long chase thrilling for almost two hours of running time, and does so while providing gorgeous visuals and a decent amount of character development. And explosions. Lots and lots of explosions. More explosions than your typical Michael Bay movie.

The film has been directed by George Miller, who brought us the previous three Mad Max films, but in recent years has spent his time directing family-friendly films like Happy Feet and Babe: Pig in the City. He returns to his roots, at least in spirit if not in budget, with Fury Road, a big-budget, R-rated, B-grade action movie. 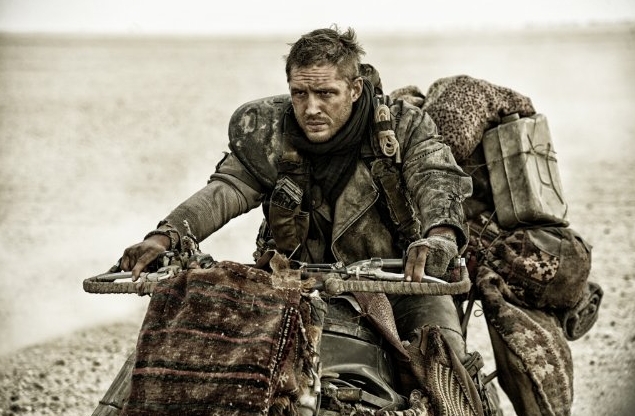 The premise? Max Rockatansky (Tom Hardy, who replaces Mel Gibson in the role) joins up with a fugitive, Furiosa (Charlize Theron) to rescue a group of girls (Rosie Huntington-Whiteley, Riley Keough, Zoe Kravitz, Abbey Lee, and Courtney Eaton) from the clutches of the tyrannical Immortan Joe (Hugh Keays-Byrne, unrecognizable despite playing the villain in the first film). So, they drive through the post-apocalyptic desert that the series has become known for, blowing up practically everything in their path, all while searching for "the green place."

Is there more to it than that? Honestly, not really. Like I said, it's just one lengthy chase scene. Most of the character beats happen while the film is in motion. While most movies stop to give the characters time to deliver exposition or grow, this one just keeps on trucking - while still giving us these things, which make the action feel more important. We become invested in these characters even though they don't pause to tell us why we should. When we do stop, it's to let the enemy get closer, ramping up tension that was already cranked up higher than most films can even dream of reaching. This is the type of movie that raises the heart rate, drops your jaw, and pleases your eyeballs for every second that it's on-screen.

It takes a talented director to pull this off, and I don't think anyone coming away from Fury Road is going to claim that George Miller isn't talented, assuming they didn't have that opinion already. The premise could have easily become dull, the characters could have been one-note dullards, the B-movie premise and aesthetic means the stunts could have been lackluster - but none of that happens. There's genuine heart and passion put into this project, and you can feel it radiating through every frame.