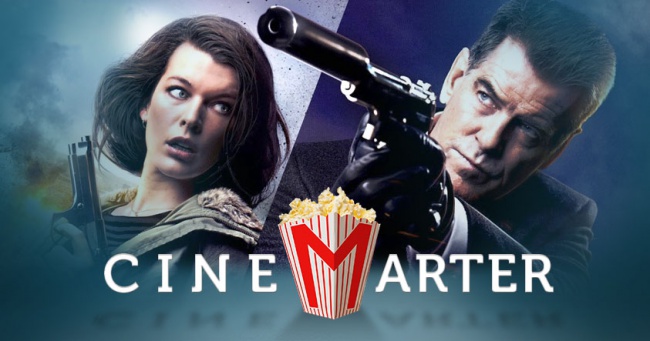 Today's entry in the category of rejected Bourne scripts that have been retrofitted into an unrelated, standalone VOD movie: Survivor. This one sees Milla Jovovich and Pierce Brosnan play a game of cat and mouse around the world. That might sound like a pretty fun idea - the idea of James Bond squaring off against Resident Evil's Alice - but it turns out to be little more than an excuse to re-use beats from other, better spy movies. I don't know if there's a moment of originality in Survivor.

Jovovich plays an American Foreign Service Officer who transfers to London in order to try to stop terrorists from attaining visas in order to enter America. But, soon enough, she's framed for a crime that she didn't commit, and winds up on the run not only from the agency for whom she was working, but also an assassin, The Watchmaker (Brosnan), who is hired by terrorists to blow some things up, and also kill Jovovich's character. Jovovich has to prove her innocence in addition to stopping the terrorist threat. 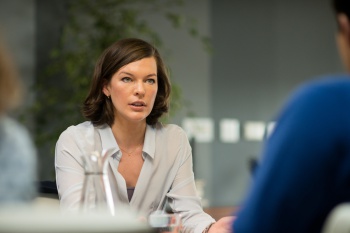 Have you tuned out yet? I think I might have done that had I read what I just wrote before seeing Survivor. This is as generic a plot as one can craft. It's so bland that I honestly cannot remember the name of Jovovich's character, and she matters so little that it's not even worth the time to look the name up. The poster lists a whole cast of relatively prolific actors whose characters are complete nonentities. Seriously, look at the cast. The likes of Dylan McDermott, Angela Bassett and James D'Arcy are in this, and they're so forgettable that I am having to actively try to recall whether they're heroes or villains. Sure, none of those are exactly big names, but they're known commodities who have been relegated to nothing roles.