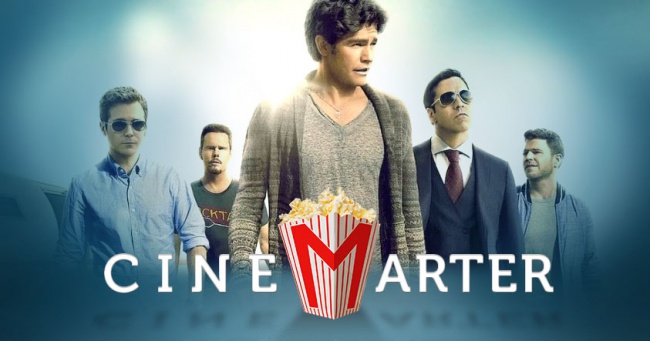 Given that Entourage is based on a relatively popular television show - it did last eight seasons, after all - it comes as a slight surprise that it's an absolutely abysmal movie. It's not funny, it's not charming, and its insight into the back-room dealings of Hollywood aren't clever or even particularly insightful. Its characters are awful, annoying, and shallow, the plot is almost nonexistent, and the constant celebrity cameos do nothing but distract from what little plot there is.

Our story follows the primary characters from the show. The lead, if you can call him that, is Vincent (Adrian Grenier), a movie star who is allowed to make his directorial debut on a $100+ million film that soon enough winds up over-budget. The studio's head, Ari (Jeremy Piven), has to try to secure $15 million from its primary financiers, Larsen (Billy Bob Thorton) and his son, Travis (Haley Joel Osment). Yes, that's all there is to the primary plot; the stakes are so painfully low that you can't even start to care. Meanwhile, Vincent's friends - Eric (Kevin Connolly), Johnny (Kevin Dillon), and Turtle (Jerry Ferrara) - get into their own little subplots, most of which paint them as awful people, but for some reason also demand that the audience cheers for them. 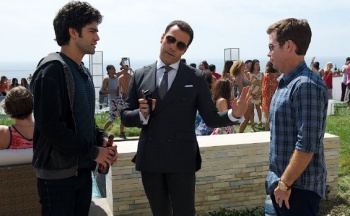 Some of these subplots involve the characters trying to begin romantic relationships - to put it in a PG manner - with celebrities. One of them falls for Ronda Rousey, playing herself, while another does the same with Emily Ratajkowski. Mostly, though, they wander around Hollywood, bump into various celebrities, make sexist, racist, sexist, homophobic, or sexist comments, and then the plot unfolds without them doing a whole lot. We get to spend another 90 minutes with characters from the show, and for someone like me, who never watched the show, that wasn't an exciting prospect.

I suppose you either love these spoiled, selfish, shallow characters, or you don't. How you can is beyond me, but then I didn't watch them "grow" through 96 episode of the television series. At least, I presume that they grew, but given how there isn't anything to the characters in the movie, that might be a stretch. We watch these guys treat people poorly, "bromance" it up for a while, and then hope everything works itself out. Some people are reactive, some people are proactive, and these guys are inactive - unless the prospect of sex is on the table, in which case they'll lie their way into achieving that goal.