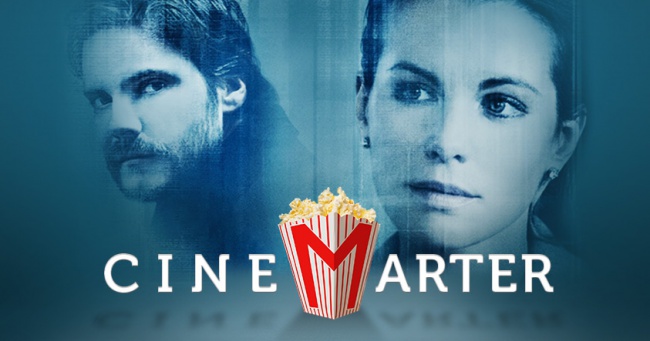 I don't know if it says more about me or The Face of an Angel that the most memorable part of a movie about murder and mystery is a hallucinatory scene in which Daniel Bruhl sees Cara Delevingne eating a heart, but that's exactly what's happened with Michael Winterbottom's latest film. Based on the real life Amanda Knox/Meredith Kercher case - although with their names and some details altered - The Face of an Angel hopes to explore both the murder case, and the attempt by a filmmaker to create a movie based on the murder case - which is, you know, exactly what it is. Hello, meta-narrative. How have you been?

Perhaps I should have greeted it with "ciao," seeing as how The Face of an Angel takes place in Italy. Our lead is Thomas (Bruhl), a filmmaker tasked with created a fictionalized retelling of a murder, which saw Elizabeth (Sai Bennett) murdered, and Jessica (Genevieve Gaunt) and Carlo (Ranieri Menicori) accused of committing the act. When he arrives, we're in the appeals process. He's greeted by Simone (Kate Beckinsale), a journalist who's covered the story from the get-go, but who exists mostly just to fill in the audience on what's going on. He also meets Melanie (Delevingne), who acts as his guide and instant-friend. 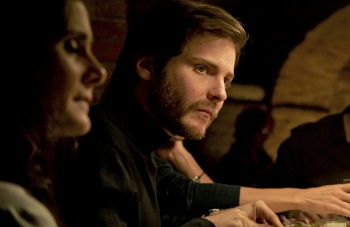 These types of mystery movies far too often don't give us any interesting characters - at least, when it comes to our protagonists. They focus solely on the case, spend every waking moment trying to figure out who did it, how, and why, and don't actually get to show us what kind of characters they are. The protagonist in this film is actually just as fed up with that as I am, and goes on a rant mid-story about exactly that. He is, one has to presume, a director-insert character. Winterbottom clearly doesn't want to tell a generic murder-mystery with The Face of an Angel. And he doesn't. The case is barely focused on, actually. This is much more about Thomas trying to write a screenplay than it is about who murdered whom and why.