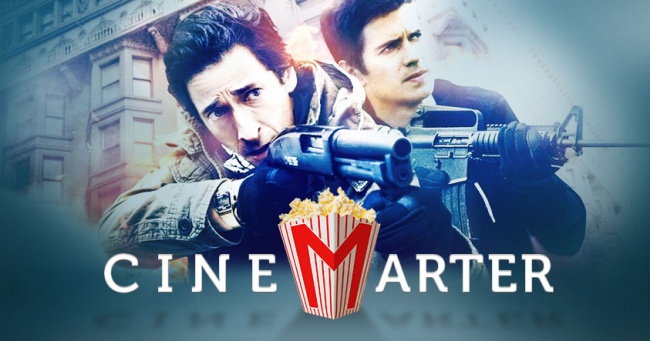 With a title like "American Heist," you can pretty much guarantee you're going to be getting either a generic heist movie, or a satire of generic heist movies. Given that the film is a direct-to-VOD release, chances are you can already figure out which one of the two it is. There's nothing to be found in American Heist that you haven't seen in either any bank robbery movie ever, or Payday 2. The latter is actually a pretty apt comparison, as both have pretty much the same amount of story and depth. Actually, Payday 2 might have more of each, and if you've ever played Payday 2, you know that its setup is about the bare minimum.

Hayden Christensen is our lead, here playing James, a former getaway driver who, after serving a short stint in the clink, has started to turn his life around. He's got a good job, has started to reconnect with an ex-girlfriend, Emily (Jordana Brewster), and is even looking at trying to move up in the world. But when his brother, Frankie (Adrien Brody) gets released from prison, things begin to go sideways, because if your brother was a tatted-up Adrien Brody, it'd be hard to continue to walk the straight and narrow. 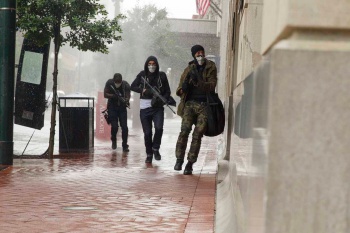 With the help of Sugar (Akon) and Ray (Tory Kittles), a hilariously named duo who spout off criticisms of the American Dream and banks - the film's attempt at being about something that comes off as superficial - the two are going to rob a bank. That's the entirety of the plot. Frankie wants the money, James gets forced into it on pain of death, and that's the entirety of the movie. Whether or not they pull it off is the only question still left unanswered, and if you've ever seen a movie with these types of characters, you're going to be able to figure out, more or less, how it plays out - except then American Heist continues for about three minutes too long and concludes in a silly and unsatisfactory manner.

The internet informs me that American Heist is technically based on a Steve McQueen-led movie from the 1950s, The Great St. Louis Bank Robbery, which itself was based on a real-life robbery from a few years earlier. It doesn't really feel like it, but maybe that's just because of how utterly generic and boring American Heist is. Perhaps it's true that this movie is based on the earlier one, but take any bank robbery film you want and you'd probably assume that it's based on that. This is the no-name brand of heist movies. It has no identity of its own and doesn't ever aspire to do anything than throw all of the genre's tropes at us in something that almost resembles a coherent narrative.