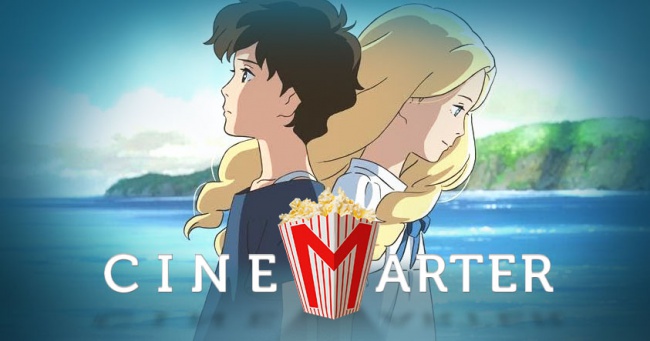 After Hayao Miyazaki announced his retirement, it was declared that Studio Ghibli would be taking a hiatus following the release of The Tale of the Princess Kaguya and When Marnie Was There. That hiatus had been reported as short, long, or indefinite, with many speculating that the latter of those two films could be the final entry in the Ghibli œuvre. Well, if that winds up being the case, the studio's punctuation mark is a strong one.

The story being told here is that of 12-year-old Anna (voice of Sara Takatsuki in Japanese, Hailee Steinfeld in English), a schoolyard loner who suffers from asthma and maybe depression. She has an attack and is ordered by doctors to spend the summer with relatives in the countryside under the belief that the clean air will do her some good. She spends her time sketching, eating delicious food, and playing with Marnie (Kasumi Arimura/Kiernan Shipka). 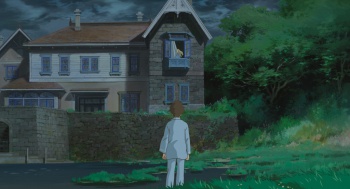 Who exactly is Marnie? That's for you to find out. Maybe she's real. Maybe she's a ghost. Maybe she's a dream. She certainly has qualities of all three. Anna and Marnie go through several events together, always at nighttime, over the course of the film. During the day, we explore the volatility of Anna's emotions. It plays out somewhat like a mystery - unfortunately complete with the expository "wrap everything up" monologue at the end - somewhat like a coming-of-age story, and also as just a series of events in which two girls learn about each other and become friends. It's genuinely sweet, and just a slight bit sad.

It's also incredibly slow-paced. That's not a problem, but a description. Some people can't handle these types of movies. Anna's story unfolds at a meticulous pace. We are slowly granted access into her mind as the story progresses. Often times, very little happens; the key is to study the faces of the characters, with the hand-drawn animation providing ample details even without dialogue. One of the more intriguing characters in the film only has a couple of lines. Everyone we meet is interesting and feels fleshed out, and it's because of the slow pace that this happens.