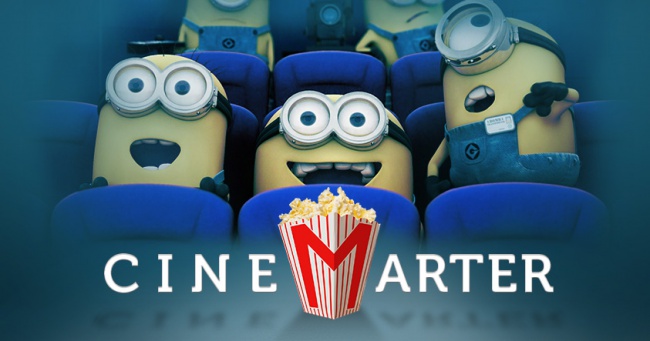 The most memorable and marketable aspect that came out of the Despicable Me movies were the Minions, little yellow creatures that only spoke partial English and showcased about as much intelligence as a garden gnome - maybe less. They weren't fun, at least for me, in the first film, when they were decidedly secondary characters, and they were even more annoying in the second, when they played a larger role. Now, because the universe hates us, they've been given a standalone movie, officially taking center stage for the first time, and bringing with them a whole bunch of marketing opportunities. Did you know Minions Tic Tacs exist? Well they do.

Minions acts as a prequel to the Despicable Me movies, taking place a few decades before the yellow monstrosities attached themselves to Gru (voice of Steve Carell). The film opens off with a brief history of how the Minions found themselves in the 1960s: through their own stupidity, they killed off every villain they admired. Now, without purpose, three of the species head to New York, Orlando, and eventually London in order to find a new supervillain to follow around. Their target? Scarlet Overkill, who is voiced by Sandra Bullock. No, really. 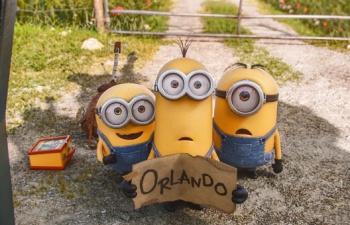 That's right. Sandra Bullock went from getting an Oscar nomination in Gravity to voicing a character in Minions. I'm pretty sure this is proof positive that there's a problem for women over 40 to get good roles in Hollywood. All of the Minions, by the way, are voiced by co-director Pierre Coffin in a high-pitched, sped-up voice that's only approximately 25% English, because if it wasn't already annoying enough, making it almost unintelligible certainly gets there. But, hey, that must make it much easier for foreign dubbing, huh?

The Minions themselves are stupid beyond belief, which is what made them appealing, I presume, in small doses. Their slapstick pratfalls due to their lack of intelligence wind up as the primary method the filmmakers use to try to make you laugh. If you're approximately six years old, this might work for a while - like, maybe 10 minutes, if you're lucky. I was annoyed almost instantly. You know how some teenagers and adults instantly dismiss a movie because it's animated? It's movies like Minions that cause this reaction. They're for small children and nobody else, and give the entire field of animation a bad name.