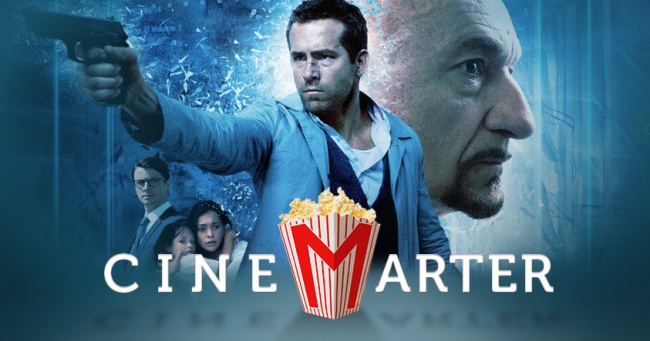 Self/less is another one of those movies that has a premise worth exploring, but one that decides to forego exploring that premise in favor of a generic action-chase movie. Here is a film in which a man's mind can be transferred into the body of another, and yet very little of interest is done with it. There's limitless potential here, and yet all we get is Ryan Reynolds running around and either chasing bad guys or being chased by them.

The character that eventually gets played by Ryan Reynolds is named Damian. He starts off as Ben Kingsley, as an older businessman who is a few months away from succumbing to the cancer currently plaguing his body. He turns to Albright (Matthew Goode), the man who has perfected this mind-swapping technology. His new body is lab-grown, he's told, and soon enough, he wakes up in the body of Ryan Reynolds. But things aren't exactly as they appear, as Damian soon begins experiencing hallucinations that feel more like memories, he has to continually popping pills that are only given to him a week at a time, and he's constantly being monitored by Albright's staff. Something is amiss, and if you've already guessed that the "amiss" part is Albright and his company, it's almost like you've watched a single sci-fi movie in your lifetime. Congratulations. 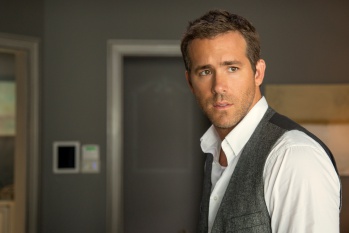 The result is what you'd get if you mixed In Time and Source Code, unfortunately taking on the lack of quality from the former and only really stealing the primary moral dilemma from the latter, but providing a much simpler solution. What results is a movie that sees its protagonist engage in several shootouts and fist fights with nameless villains, all while preaching to us its message, which essentially amounts to "do not steal the body of someone else with your mind." You know, just in case that comes up in your day-to-day life. That's all this "high-minded" film has to tell us, and it's the only thing it does with its premise.

Self/less has been directed by Tarsem Singh, a name you may recognize from films like Immortals, Mirror Mirror, and The Cell. What those films had in common was an impressive visual style that made them stand out from their contemporaries. Self/less, meanwhile, is about as bland as bland can be, pretty much from start to finish. I wouldn't have been able to tell this is a Singh film, and that's about the one thing that I expect to be able to do when watching one. Sure, none of those movies are great, but their visuals almost make them worthwhile. Self/less can't even claim that. Does it have any redeeming features?