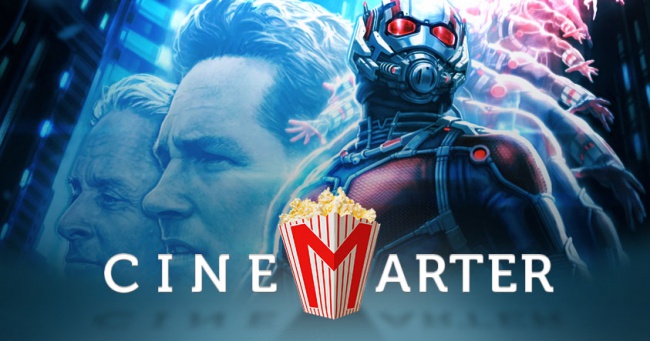 You'd think that a heist in which many of the participants are the size of ants - and all but one of them actually are ants - would figure out a way to make itself more inventive than "they blow things up real good," but that's unfortunately how Ant-Man's primary heist goes down. This isn't Marvel's version of Ocean's Eleven, even though it certainly had that potential. It's more like Fast Five, except without that one standout action scene to serve at its climax. Oh, and most of its car enthusiasts have been replaced with ants - an improvement, to be sure.

Ant-Man is probably the least recognizable of the Marvel superheroes who have gotten their own movie thus far, save perhaps for the Guardians of the Galaxy. For those unaware, Ant-Man is a character who can (1) shrink to the size of an ant, but gain super strength in the process, and (2) communicate with all types of ants, gaining the ability to use them to do all sorts of things. The character taking up the mantle in this film is Scott Lang (Paul Rudd), a modern-day wannabe Robin Hood who has recently been released from prison and just wants to make right with his daughter (Abby Ryder Fortson), despite having no means to do so. 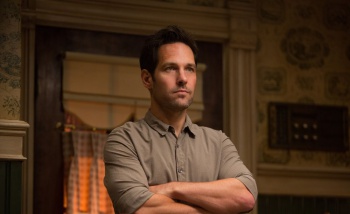 He's approached by Dr. Hank Pym (Michael Douglas, looking bored), who used to be Ant-Man but realized the suit is too dangerous for anyone to use, and therefore hid it from everyone. His former company is now run by Darren Cross (Corey Stoll), who has located Pym's research and is trying to replicate the suit. Pym, concerned, wants Lang to break into the company, steal the copycat suit, and destroy all of the research files. As such, we have the setup for our central heist. We're also about halfway into the movie. My apologies for skipping all of the training montages, origin story, and exposition. I feel like we get enough of these things in movies like Ant-Man. Sure, it's kind of fun - particularly with the Paul Rudd's jovial demeanor and the movie's overall sense of humor - but it's a been-there-done-that situation at this point.

The heist itself isn't particularly entertaining, and since that's the thing toward which we build most of the movie, that comes as a disappointment. Yes, it's cool to see all of the ants work together as a team to help Lang accomplish his goals, and the antics of the other human members of the team - mostly consisting of some of Lang's criminal buddies - are humorous, but it's not clever and isn't all that impressive when you get right down to it. It exists as a setup for a fight between Lang and Cross, something we knew would happen from about the fourth scene.

That fight isn't even the best fight in the movie. Ant-Man doesn't contain a lot of action - it's mostly dialogue, planning, and training - but the best action scene in the film is a fight between Lang and one of the more established members in the Marvel Cinematic Universe. I'm not going to tell you who; the surprise is enough to make those who have been following these movies smile. It might be the best cameo yet in a series full of great cameos, although only because it actually does something other than give the fans something at which to shriek and cheer.