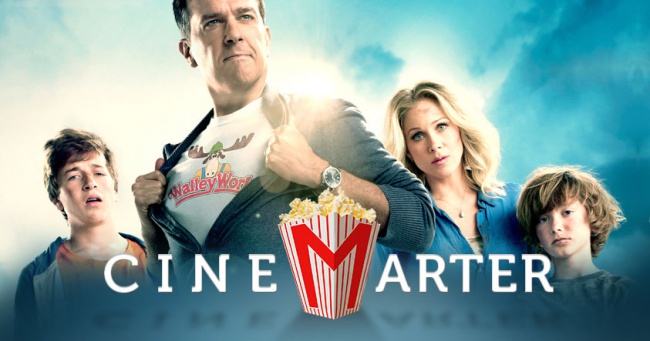 Released in 1983, National Lampoon's Vacation is a staple among comedy fans. It had several sequels that never quite captured the magic of the original, and appeared as if it was going to end either in 1997 or in 2002, depending on whether or not you consider National Lampoon's Christmas Vacation 2 - a made-for-TV spinoff - canon. But there isn't a money-making property that Hollywood doesn't love to bring back from the dead, so now we're getting Vacation, which sees a grown up Rusty Griswold (Ed Helms) taking his own family on a road trip to Walley World.

The idea here is that the film essentially acts as both a love-letter to, and a subversion of, the original film. In fact, it goes so far as to take a minute of our time to tell us that "this vacation will stand on its own," and that it's totally different from the original, because of reasons that it can't actually come up with. There are two sons this time, you see, so it's most definitely not the same. Nope. Not at all. Well, it's true that this new film does stand on its own. You don't have to have seen any of the previous movies in the series in order to understand almost everything going on in this one. That doesn't make it good; it just means that you can "get" it without watching the earlier films. Sure, you may miss a couple of references, but the references and subversions aren't particularly funny or clever, anyway. 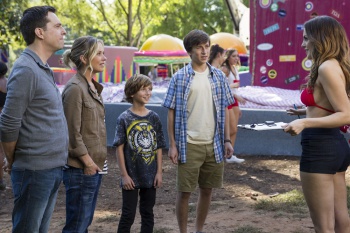 You may or may not care, but Rusty Griswold grew up to be a relatively normal adult. He's now an airline pilot, married to Debbie (Christina Applegate), and has two children: the awkward James (Skyler Gisondo), and the evil Kevin (Steele Stebbins). He has a simple and happy life. All he wants to do is take his family on a nice road trip to a place he went to as a child. Hijinks ensue. I'm pretty sure the pitch meeting for Vacation was one of the simplest in history. "What if a Griswold kid grew up and did a repeat of the first film?" Boom! The end. Mic dropped.

Vacation features what essentially amounts to a constant onslaught of cruel or gross shock humor gags. See, the film believes that if something is surprising then it is automatically funny. People swimming in raw sewage thinking they're in hot springs? Funny! Someone getting hit by a car? Hilarious! A truck driver who is most definitely a child molester? What a knee-slapper of a humdinger! Some of this works, but the relentlessness and cruelty of most of these jokes and scenes wind up beating you down. By the time Vacation comes to an end, I was simply looking for some variety. There wasn't any.