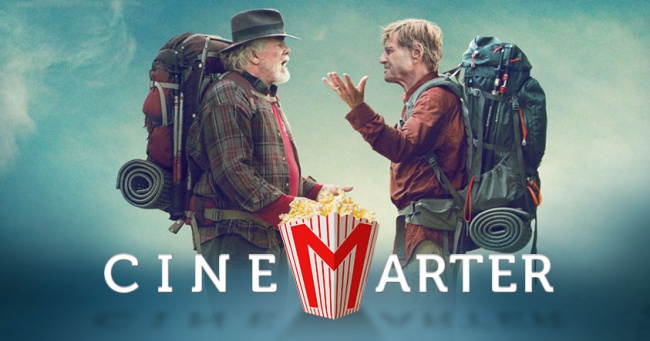 Over the last few years we've had a variety of "people go for a really long hike" movies. Some of them have been great, some of them have been awful, and now we have A Walk in the Woods, which fits somewhere in the middle. It's not a terrible watch, but it also feels like it should have been much, much better, especially given the talent involved. Here's a movie that focuses primarily on two great actors, and yet it can only be classified as "decent" if you're feeling generous.

Those two actors are Robert Redford and Nick Nolte. The former plays Bill Bryson, a real person whose memoir served as the basis for A Walk in the Woods' screenplay. He's a writer who decides that, despite being nowhere near proper shape to do so, he wants to hike the Appalachian Trail. His wife (Emma Thompson), agrees to let him attempt it if he can find someone to go with him. Enter Stephen Katz (Nolte), someone Bryson hasn't seen in a few decades and is in even worse shape than he is. Off to the trail they go! The rest of the movie takes place on the Appalachian Trail, as the two men face various obstacles, reminisce about past events, and "find themselves," as characters in these movies often have to do. 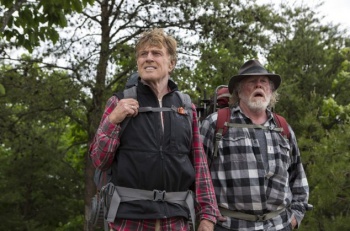 The idea here is that Redford and Nolte are so good at acting that just by being put together and given ample time to talk to one another, they'll be able to give us a compelling movie. It almost works. There are definitely some funny moments, as well as one or two points of good drama, but most of the time it feels like they're just walking and doing nothing else of consequence. The various challenges they have to overcome are "funny" solely because they're not spring chickens anymore, and there's rarely any doubt that they'll be able to overcome them, anyway, since it's that type of movie. They also act more as comedic punchlines than genuine roadblocks. Even bears can't act as genuine threats to our heroes. (See Backcountry if you want a good recent "killer bear" movie.)

I'll give A Walk in the Woods credit, though, for having an ending that's not as predictable as it could have been. Anyone who's familiar with Bryson's story will obviously know what happened, but I wasn't, and as such the ending came as a bit of a surprise. It really is about the journey and not the destination, the movie claims, which I suppose is an apt metaphor for life. It's too bad that its journey wasn't more involving or more exciting.