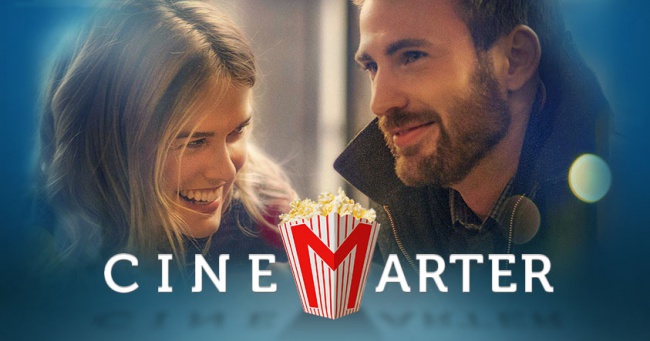 It's typically not a good thing when you're actively being reminded of other, better movies while you're watching one. With Before We Go, it begins right with the title. If you haven't seen Richard Linklater's Before trilogy - you should do that right now, first off - you may not be instantly reminded of the films, but if you have, it's almost a certainty. Two strangers meet and spend a quasi-romantic night together while wandering the streets and talking about their respective lives? That's Before Sunrise. We've seen this. Mix in a bit of Lost in Translation - particularly with its frustratingly "ambiguous" ending - and you've got Before We Go. One has to wonder how tempting it was to name the film "Before Translation."

The two strangers are Nick (Chris Evans, who also directed the film) and Brooke (Alice Eve). Nick is a musician on his way to a wedding, while Brooke is trying to get home from Manhattan before her husband for reasons that probably count as spoilers. The problem is that she's missed her train and her purse has been stolen. Nick, intentionally putting off the wedding for other spoiler-y reasons, decides to try to help her out of her current predicament. Will Brooke get home in time? Will Nick get to the party? Will the two strangers fall in love? What do you think? 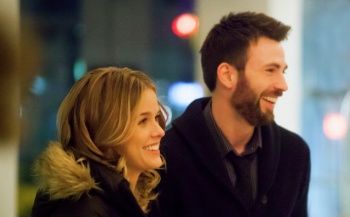 We're never once not going to know the direction the film is headed. Before We Go has four credited screenwriters who do their darndest to rip off Before Sunrise and Lost in Translation, capturing certain moments but never capturing the magic. It comes across like one of those off-brand replicas that street salesmen are so fond of selling. If the original two movies are Rolexes, Before We Go is a Bolex. It's never quite as good as those from which it's "borrowing," and it's likely to break down much faster, too.

When Chris Evans announced he wanted to take a break or retire from acting in order to focus on directing, nobody really knew what would come of that. Would he become another Ben Affleck, whose directorial credits far surpass his acting ones? Or would he be more like James Franco, who should never, ever direct another movie. Before We Go is his directorial debut after all, and while the direction is competent, there's nothing special about it, and there's nothing that isn't reminiscent of better films made by more experienced filmmakers. There's no unique spin on things like someone like Quentin Tarantino put on it; this is just a lackluster cut-and-paste job.