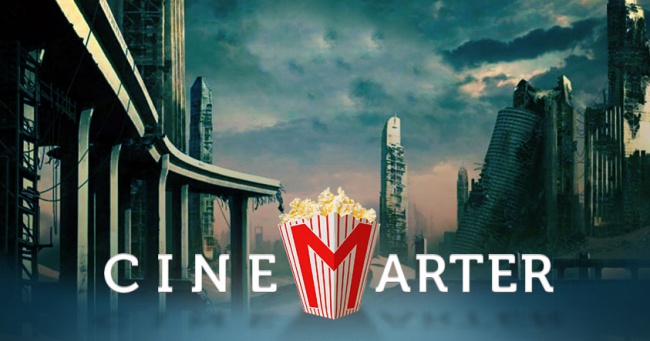 The Maze Runner may not have been a particularly good movie, especially once it decided to move away from being a Lord of the Flies knockoff in favor of a "escape from the giant mechanical spiders" movie - even though the latter sounds so much more fun than the former. It made a lot of money, so it now has a sequel: The Scorch Trials. Set directly after the events of the first film, the second follows Thomas (Dylan O'Brien) and co. as they continue on the run from WICKED, an evil organization that wants children in order to produce a cure for a virus that essentially wiped out civilization as we currently know it.

If you remember the first film - and nobody can blame you if you don't; I finally saw it less than a month ago and I barely recall what happened - you may be thinking that the cast of the first film already escaped WICKED, and that they were rescued by nice men with guns. Well, it turns out that these people are also part of WICKED, so they have to escape again, only to find themselves in a post-apocalyptic desert, where they have new challenges to overcome. Outside of the elements, they are forced to deal with zombies (called Cranks), outlaw factions that have made their homes in the desert, and WICKED, a group who continues to pursue them for reasons that The LEGO Movie can explain more accurately than anyone else: Thomas is The Special, and as such all of the important events will revolve around him. 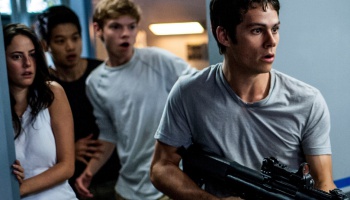 The film, now stealing from Mad Max instead of Lord of the Flies, is essentially one long chase movie. The teenagers from the first film - Thomas, Newt (Thomas Brodie-Sangster), Teresa (Kaya Scodelario), Minho (Ki Hong Lee), and a couple of others - run from place to place as WICKED chases them, stopping only until the area they're in starts to get dangerous, and then they're on the move again. What should have been reaped from Mad Max was the way that world-building was done without much exposition, and how characters still manage to show us their depth and develop despite the near-constant action.

Maze Runner: The Scorch Trials fails at both of those aspects, as did its predecessor. While the characters themselves had memory loss, so we're not going to learn much about them from before The Maze, at least two of them start to get their memories back, and nothing stopping them from growing as individuals based on the near-death experiences they face on a daily basis. But, no, we learn nothing about them and they continue to be bland slates with maybe one or two defining characteristics. Thomas is The Special, Teresa is The Girl, Minho is The Muscle, and Newt ... is there. A couple of other characters exist, and we're even supposed to care about the fate of one of them, but that's nearly impossible to do when we've been given nothing onto which we can latch. It doesn't help that most of the acting is bland and uninspired, with Dylan O'Brien, our lead, being the worst offender.