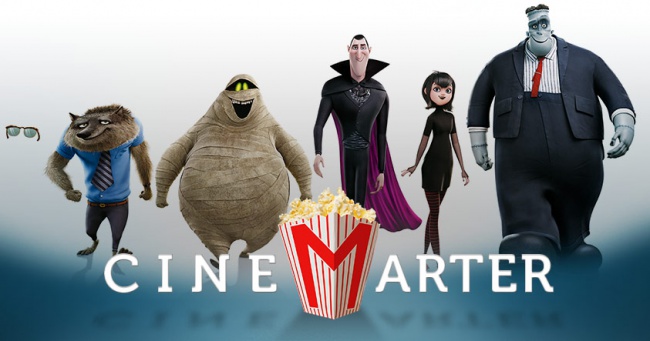 The original Hotel Transylvania was an interesting concept that suffered from a large number of problems that stopped it from being good. The concept saw Count Dracula (voice of Adam Sandler) open a hotel for monsters where they could escape from nasty human beings. Getting a bunch of classic horror monsters together in a single location? Okay, that could work. However, that's just the premise. The plot sees Dracula celebrate the 118th birthday of his daughter, Mavis (Selena Gomez) and try to keep her from leaving his fortress of solitude. Yes, it's a "daddy knows best" story, almost completely forgoing its original conceit.

The sequel is just a retread of the original, but with a lot more product placement. Dracula once again wants to keep his daughter from leaving, but this time it's for a different reason. Mavis now has a son, Dennis (Asher Blinkoff), with her husband, a human named Jonathan (Andy Samberg), whom she met and fell in love with in the first film. Dennis doesn't yet have his vampire fangs, which he needs to get before his fifth birthday, lest he stay a human forever. If the kid remains a human - because apparently that's how these things work - Mavis will likely move to California with Jonathan; if Dennis becomes a vampire, she'll stay. So, almost all of the film is spent watching Dracula try to force Dennis into vampirism, lying to his daughter, and going through the same creepy - and not in a good way - "daddy knows best" type of story from the first film. 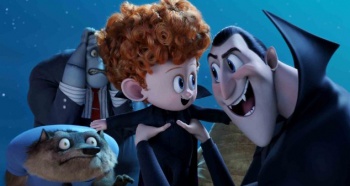 It seems that Adam Sandler, as he often is, winds up being the biggest problem. He's a co-writer of the screenplay for one, which means that a large part of his character arc was likely written directly by him. His voice acting is still not particularly good, either, with his "Dracula voice" sounding more like a terrible impression than anything else. Sandler's not had a good 2015, with The Cobbler, Pixels, and now this, so it comes as a relief that he's headed to Netflix for a while.

Almost all of the jokes rely on physical comedy, although thankfully they're not heavily fixated on bodily function humor. The gags are often rehashed from the first film, just like the plot, and whatever initially starts as new winds up wearing out its welcome before too long. It's a lazy movie, or perhaps its filmmakers simply didn't have the creativity to come up with new things. Regardless, it comes across as a cash-grab sequel - in more ways than one.