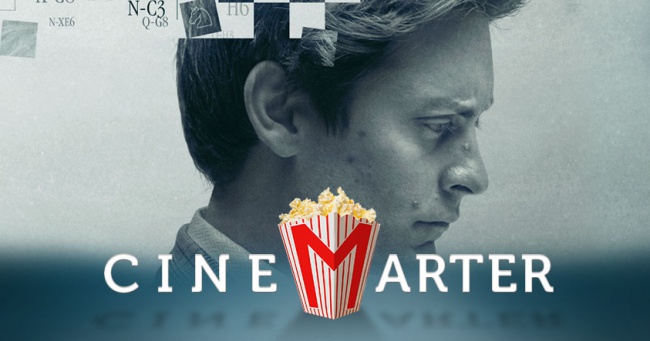 Whenever I think of movies that took a niche subject matter and turned it into something special, I think back to 2010, as we had two excellent examples from that year: Black Swan and The Fighter. Now, these are two movies that can be enjoyed regardless of your feelings on the ballet and boxing. Because of the way the filmmakers approached the subject matter, the characters, and the story they were trying to tell, compelling films were made. It is with that statement that we come to Pawn Sacrifice, which really should have taken a lesson or two from those, or other, examples.

Pawn Sacrifice is about chess, or, more specifically, it's about the life of Bobby Fischer (played by Tobey Maguire), one of the greatest chess players to ever live. The film details his rise to prominence before settling in on a planned 24-game match between Fischer and the defending chess champion, Boris Spassky (Liev Schreiber) of the Soviet Union. Given that this took place in the 1970s, which was smack dab in the middle of the Cold War, the match was seen not just as a standard chess competition. It was nation against nation, not merely player versus player. It took on a higher meaning, but as the film relays to us, it very easily may not have taken place at all. 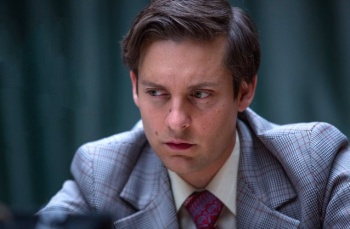 See, Bobby Fischer was not a particularly stable individual. As he progressed through life, his mental health began to deteriorate to the point that it dramatically affected his life. The movie posits that he suffered from paranoia, among other things, which led to him almost withdrawing from the match. Not being an expert on Fischer or his life, I'll take the film's assertions with a grain of salt, but assume that they're more or less accurate.

Unfortunately for the audience, Fischer comes across as arrogant, infuriating, repulsive, and not someone for whom it is easy to root. We're anchored to him for the majority of Pawn Sacrifice, and he's so annoying as a character that I found myself hoping he'd lose his match to Spassky, retire, and the movie would end. Mental illness aside, this is not an easy person to like. You can respect his genius - and he was splendid at chess - but the self-importance and arrogance hurt whatever hope he had of making me care about whether he wins or loses the big match.

The chess itself, what we get of it, is about as exciting as one could make a game in which the contestants stare at a board, move pieces of wood, and then click the timer. If there's one thing that director Edward Zwick does well, it's make the chess scenes engaging. You don't need to know much about chess and its numerous strategies to be thrilled by the games that take place in Pawn Sacrifice. Sadly, though, the best scenes take place midway through, and we don't even get to see more than a couple of the games between Fischer and Spassky, so any thrills we do get are limited by this.