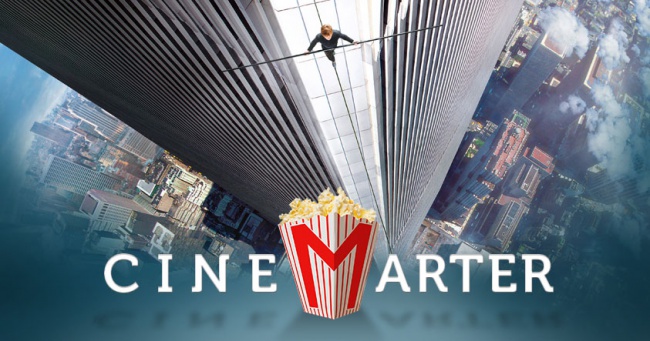 Back in 1974, a man named Philippe Petit did something that very few would even dream of: he hung a wire between the Twin Towers of the World Trade Center and walked across it - doing so several times before eventually stopping and getting arrested by the NYPD. The charges were dropped, and the world was in awe. In 2008, a fantastic documentary directed by James Marsh called Man on Wire was released and told the story of this walk. It won the Academy Award that year for Best Documentary Feature, and for good reason: it's an incredibly enjoyable film. The Walk is Hollywood's attempt at a narrative-driven retelling of the events.

Petit is played by Joseph Gordon-Levitt, who reportedly learned fluent French and more or less captures the accent with which Petit speaks English. The first hour or so of The Walk shows how Petit began his high-wire walking, the way the fixation on the Twin Towers grew, and how he met Annie (Charlotte Le Bon) and Papa Rudy (Ben Kingsley), two people instrumental in the shaping of his life. It's a slow burn, but the energy and charisma with which Gordon-Levitt performs keeps it fun enough that it doesn't feel like a slog. 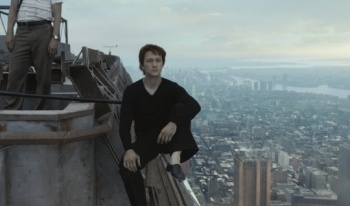 It's after we set the stage, though, that we get to the meat of The Walk. Given that the Twin Towers were still under construction at the time, and that hanging a wire between them and walking on it is illegal, a plan had to be hatched ("the coup") in order to do so without attracting attention - at least, not before the high-wire act began. It's staged like a caper movie, with the locations being scouted, a team being brought together, and, finally, the execution. While it's not as thrilling as, say, one of the two good Ocean's movies, it's pretty darn fun.

Since The Walk is based on a true story, you know how it ends. It's not about the destination, but the journey, although I'd like to talk about the former for a second. The Walk contains some of the most vertigo-inducing shots I've ever seen at the movies. When Petit is walking between the towers, we get some shots looking directly down, and it feels very much like we're watching a direct reenactment. While these scenes were shot on a soundstage, the special effects used to render New York City, at least from a distance, are tremendous. This usage is a textbook example of some of the greatest, but subtle, CGI. You wouldn't be able to tell, and that's what makes it work.