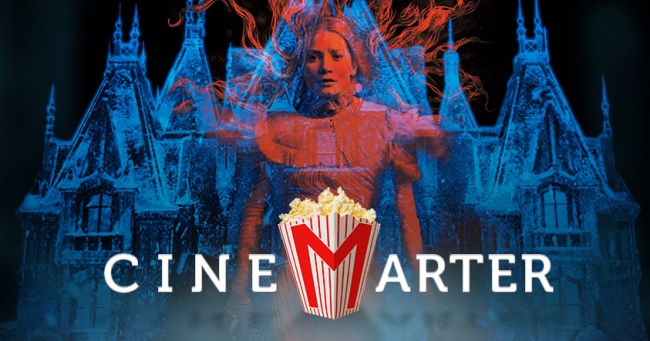 It is a shame that only a small percent of the projects director Guillermo del Toro talks about making come to fruition. This is a man with such a strong directorial track record that if he could make them more often, he'd probably be more frequently talked about than he currently is. From the Hellboy movies, to lower budget horror movies like Cronos and The Devil's Backbone, all the way up to gorgeous films like Pan's Labyrinth or, now, Crimson Peak, del Toro has demonstrated his immense talent a number of times. His only problem, thus far, has been drawing an audience. Even Pacific Rim, which has giant robots punching even bigger monsters in it, had to rely on its worldwide gross to break even.

Crimson Peak, even with its smaller budget of an estimated $55 million, might struggle to draw an audience, too, even though, like most of del Toro's films, it's quite good - at least, once it gets going. It suffers through a dull first third before actually arriving at its titular haunted mansion, which is when it picks up. 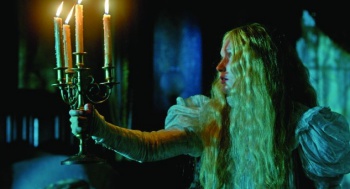 Our story follows Edith (Mia Wasikowska), whose father is brutally murdered just as she falls in love with a baronet, Thomas Sharpe (Tom Hiddleston), who lives in a decrepit mansion in England with his sister, Lucille (Jessica Chastain). Without her father to keep her in America, Edith goes to live with her husband at the mansion, only to discover that it is very much haunted. The audience gets to see that Thomas and Lucille are up to no good eons before she figures it out. Her main concerns, at least early on, are the ghosts. But of whom should she truly be afraid?

The mansion is the best character in Crimson Peak, which is a bit of a shame. Maybe it's a cliché to call the location of a film its own character, but Allerdale Hall - as it is called - really does work as one. It's so interesting that you almost struggle to care about why the Sharpes have decided to lure young Edith into their home. You just want to see what their home has to offer. With all the ghosts, the rotting ceiling, the clay seeping in through the floor - it's a fascinating place in which to set a film.