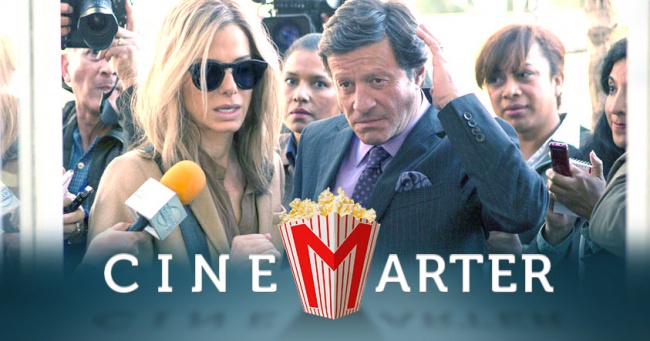 I don't know if anyone thinks that politics is a particularly clean business to get into. From the numerous scandals to the various TV shows and movies that portray it as a dirty game, politics seems like it can turn good people bad, and bad people even worse. So, then, here we have another movie about the subject, Our Brand is Crisis, which sees both good and bad people do shady things in order to achieve a goal that may or may not be morally in the right. Business as usual, I suppose.

The film is based on a documentary of the same name from 2005, which is about the 2002 Bolivian election, which saw an American political consulting firm turn a candidate who seemed like a nonstarter into the new president of Bolivia. This new version uses fictionalized names but is about the same subject. Our lead is Jane Bodine (Sandra Bullock), a former political consultant who is lured out of her comfortable retirement in order to help Pedro Gallo (Joaquim de Almeida) win the aforementioned election. The main opposition has also hired an American firm, which is led by Pat Candy (Billy Bob Thorton), an opponent against whom Jane has never won, and with whom she shares a very checkered past. 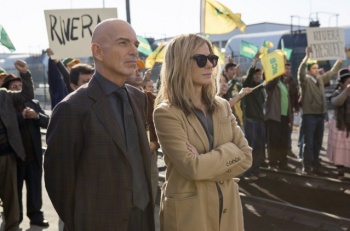 As we go through the film, we watch Jane and Pat both use underhanded tactics in order to gain an edge, we begin to question their motives and their ethics, and the film makes its points about how awful the political scene can be. And thanks to a decent amount of characterization, particularly in our protagonist, we see the toll that such a practice can take on an individual, too.

Jane Bodine is something of a livewire. She knows it, the other characters know it, and we know it. That's why she retired and now lives as a recluse in the mountains - or, sorry, between mountains, since she's afraid of heights. The psychological damage the years of campaign managing took was too much. Now she's back, and as the film progresses, we begin to see the return of traits of the person she used to be. That is fascinating, and Sandra Bullock pulls them off wonderfully. She's neurotic, but captivating, and the performance definitely holds our attention.