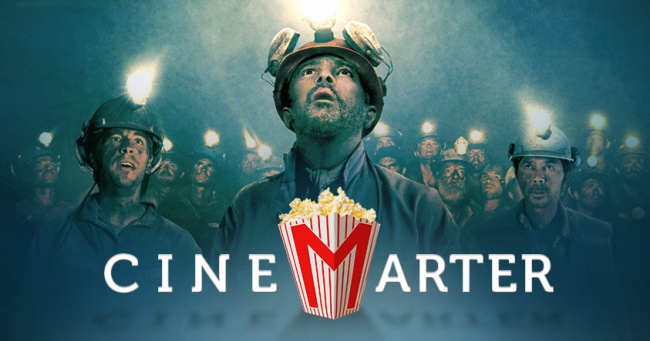 It was all the way back in 2010 that the world's attention was turned on a mine in Chile, where 33 miners were trapped after the mine caved in. The 33, as you may have guessed from its title, is an attempt to turn their story into a feature-length narrative film. I only say "attempt" because that's what it feels like. It's a try and not a particularly good one. When a film uses real-life archival footage from the various news outlets that covered the story, and that's when it's at its best, that isn't a good sign.

At its core, The 33 is a survival drama that follows both the fight for survival for its miners as well as the rescue efforts from those above ground. That sounds like it might work on paper, but as filmed by director Patricia Riggen, it comes across as a, well, disaster. The underground survival involves a lot of waiting around and eating rations, while the attempts to rescue the miners - the main members of whom are not played by Chileans, which is a missed opportunity - are repetitive and not in the least bit tense. Even without being intimately familiar with the story, you'll be able to determine exactly what's going to happen, as the film is far too reliant on formula, likely because the real-life story doesn't fit well into a traditional cinematic narrative. 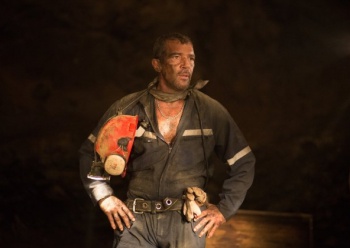 For instance, of the 33 miners, only about six of them get a personality, and they're personalities you'll recognize from any other survival movie ever. They are: the family man and born leader, the foreman who knew better but did nothing, a man whose wife is pregnant, a man who's just a couple of weeks from retirement, a man who is a drunk and has ruined his personal life, the foreigner, and one whose sole identifying factor is that he likes impersonating Elvis. Okay, so the last one isn't particularly common, but the rest of them? You know the path they're going to take as soon as they're introduced because they rely that heavily on tropes.

You'll be hard-pressed to remember who anyone is beyond "Super" Mario, anyway, as he becomes the one who makes all the important decisions, and also because he's played by Antonio Banderas, so there's some recognition there. The rest of them? Sorry, but whenever they showed up on-screen, I had to wait for dialogue cues to remind me of which character we were watching at any given moment. Let's put it this way: when, right before the credits, the real-life miners show up so we can learn that they're all still friends, none of their in-movie characters have left any impression; I couldn't recognize any of them.