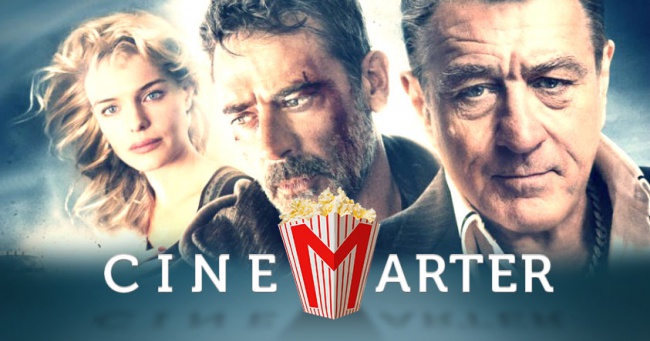 I suppose a movie that's titled "Heist" isn't one that we should expect to push many boundaries. That's about as bland as it gets, losing perhaps only to Spy for 2015's most generic title. The plot hits all of the beats you'd expect from a, well, heist movie. It would be an incredibly easy movie to pitch to a studio, though: "So, it's a combination of a caper film and Speed." That's likely how the entire pitch went down. It's so simple and so easy to picture that it's surprising it took us this long to make it. Speed came out 21 years earlier, after all - and now don't you feel old? 21 years. Yikes.

The plot sees a casino dealer named Luke (Jeffrey Dean Morgan) team up with a disgruntled bodyguard, Cox (Dave Bautista), to rob a casino owned by The Pope (Robert De Niro) to pay for treatment for his sick daughter. The robbery goes awry, so they wind up hijacking a bus in an attempt to escape, only to find themselves on the run from both the cops - led by a sympathetic officer played by Gina Carano - and The Pope's number two man, The Dog (Morris Chestnut). Unfortunately, both "The Pope" and "The Dog" are nicknames. How much more entertaining a movie would this be if it was actually the Pope and a giant talking dog? 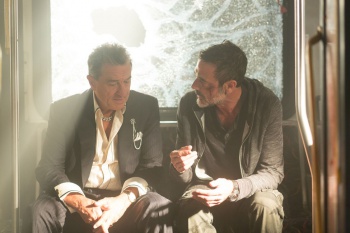 It's not like we're dealing with a big-budget wide-release movie, either, so a premise like that might have even been possible - there isn't as big of a risk and therefore not as much reason to be a cookie cutter. The director is Scott Mann, who brought us a ridiculously over-the-top and supremely entertaining movie in his debut feature The Tournament, so he could have been the right man for that job. Here, he brings a good amount of energy to the proceedings but otherwise fails to recapture most of the magic he found in The Tournament - mostly because it's a completely different type of movie. This one's less focused on the action and more fixated on trying to create tension between all of the involved parties.

For instance, Luke is frequently at odds with Cox, as they're doing this for very different reasons. Luke wants to keep all of the hostages on the bus alive, while Cox couldn't care less. As such, they have very different interactions with the various police officers who follow them, as well as with The Pope and The Dog, whose nicknames are just so great that I feel the need to type them out as frequently as possible. "So, The Pope and The Dog walk into a bar..."