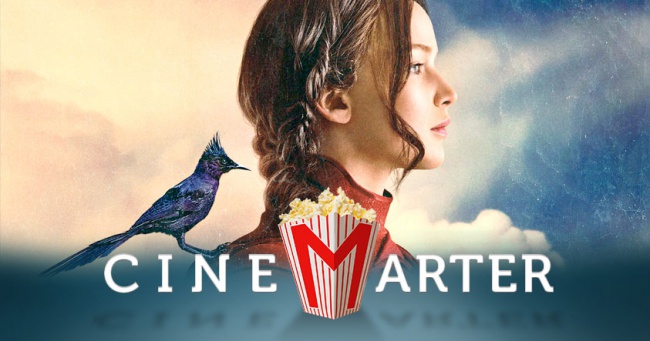 The long-awaited finale to the Hunger Games franchise has finally hit cinemas, and it's a shame to report that not only is it not good, but it's the worst film of the series. Yes, the final film of The Hunger Games - the one that we're going to remember the clearest - is the worst, and, therefore, will likely negatively color our view of the property, which up to this point had a pretty good track record.

Even though there is a precedent set for the "Part 2" installments of split-up book adaptations to be the best of their franchises - Harry Potter and Twilight both had this happen - perhaps we should have expected Mockingjay - Part 2 to be a disappointment. The book itself was the least liked of the franchise by both fans and critics, the first half already stretched the plot thin, and it started to put a greater focus on the love triangle between three of its characters. Part 2 has those problems and more, serving as a disappointing conclusion and a poor standalone movie.

For those not caught up, we begin Mockingjay - Part 2 ready for our rebel heroes to finally storm the castle and take back the Capitol from the oppressive President Snow (Donald Sutherland). The symbol of the rebellion, and one of its driving forces, is Katniss Everdeen (Jennifer Lawrence), who has served as the audience's protagonist through three previous films. She is maybe in love with two different guys: Peeta (Josh Hutcherson), who was kidnapped and brainwashed by the Capitol and now hates Katniss, and Gale (Liam Hemsworth), her hunting buddy from her home District. 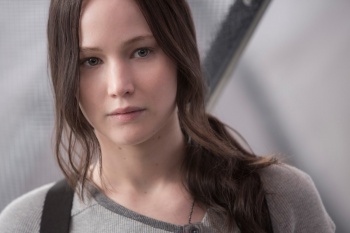 After lots of sitting around and talking about things the audience has understood for quite a long time - they need to do this in order to make the film reach feature length - Katniss and a group of other soldiers head into the bombed-out city - where have I seen something else like that? - which Snow has booby trapped to the point where there's a danger literally lying around every corner. The traps were created by previous Gamemakers, which means that this storm of the castle has similarities to earlier versions of the Hunger Games. In case it's too subtle for you, the film ensures that you hear "Welcome to the 76th Hunger Games." Subtlety is not this franchise's strong suit.

It is refreshing to see a lot of themes - and relevant themes, at that - being touched upon in a young adult adaptation. War, terrorism, media manipulation, dictatorship, and PTSD all get a great deal of focus, with the film's eventual findings unlikely to surprise anyone over the age of 12. But it more frequently that not feels so heavy-handed with the way it handles them that it's hard to take seriously. It gets tiresome and it gets silly.