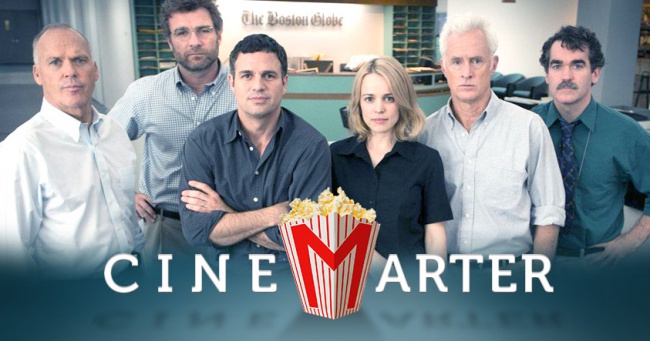 Earlier in 2015, a movie starring Adam Sandler called The Cobbler was released. In short: it wasn't good. However, apart from Sandler trying (and failing at) a different type of movie, the most interesting thing about The Cobbler was that it was directed by Thomas McCarthy, whose previous three directorial outings were all incredible critical successes. The Cobbler comes across as an anomaly. But, luckily for McCarthy, he also has Spotlight out in 2015, which is so good that it will make all but the biggest grudge-holders among us forgive him for his earlier effort.

Spotlight, based on a true story - and genuinely feeling like it is - follows an investigative newspaper team from The Boston Globe who, at the request of their new editor (Liev Schreiber), begin to look into sex abuse allegations against members of the Catholic Church. What they discover will shock - and that's even if you know the true story. Played any differently and Spotlight might feel like a cartoonish joke. But as told here, by McCarthy and co-writer Josh Singer, it's gross, affecting, and, appropriately, damning. 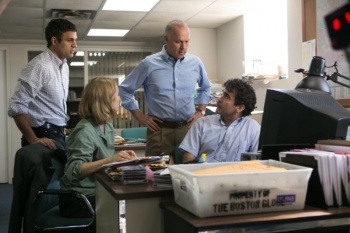 The Spotlight team consists of the following members: Robby Robinson (Michael Keaton), Michael Rezendes (Mark Ruffalo), Sacha Pfeiffer (Rachel McAdams), and Matt Carroll (Brian d'Arcy James). Robby is the editor, but likes to think of himself as a player-coach. The majority of the film follows these four individuals as they attempt to uncover something that, as we learn, more people knew about than were saying. This is investigative journalism at its finest - The Globe won a Pulitzer Prize in 2003 for the story - both from the team and from the filmmakers.

It's tempting when making a film about a subject matter like this to make its heroes perfect beings who can do no wrong. After all, the movie definitely has an agenda - to shed some light into a case that many people know about, but not in much depth - so it's going to have its villains and its good guys. However, by painting them in that kind of light, a film very easily loses some of its credibility. Spotlight refuses to do that. It has its characters portrayed like very real people. Incredibly smart, persistent, and persuasive people, but people - flaws included - nonetheless.